These are the 6 cars of the Indian market, which gave tough competition to foreign cars, know who is in the list 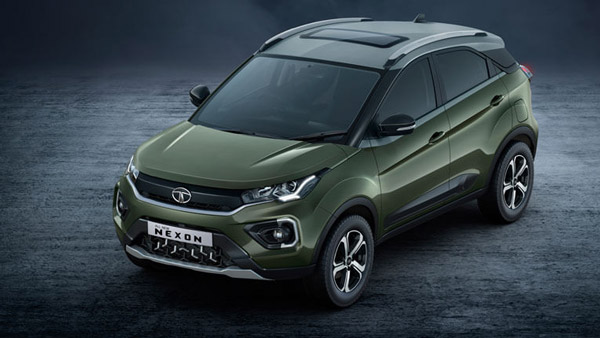 Let’s go back to the old times first. Tata Indica was wildly popular in the Indian market as a cab. The car’s good ride quality and ample cabin space were the primary reasons behind this. It had good features like powered windows, internally adjustable mirrors and speakers.

Talking about the engine available in it, it used to get a 1.4-liter diesel engine, which produced 54 bhp power and 83 Newton meter torque. This engine was highly fuel efficient, making it even better for commercial use. The Tata Indica was also very popular with individual buyers.

The second name on the list is Tata Nexon, the popular compact SUV from Tata Motors, which is one of the most promising cars in its segment. A modern looking interior, connected car features and a solid safety rating are among the things that make it worth buying.

It was the first Indian car to achieve a 5-star rating in the Global NCAP crash test. We sincerely believe that the Tata Nexon compact SUV has played a very important role in creating awareness about safety amongst us buyers.

The Tata Safari has indeed been a revolutionary product in India. There will almost never be a single Tata Safari owner who does not agree with this statement. The Tata Safari Storme gained immense popularity among the police forces of many states and even among the Indian Army.

The GS800 was a variant of the Tata Safari designed specifically for the military. It used excellent off-road capabilities and an excellent engine. This engine of Tata Safari Storme generates power of 270 Bhp and torque of 800 Newton meter.

Next on the list is the Mahindra XUV700 from Mahindra & Mahindra, which is one of the most advanced Indian cars at the moment. While the best features are available in this car, the level-3 autonomous driving system is provided in this car.

The autonomous driving system comes with features like Lane Keep Assist, Adaptive Cruise Control, Auto Emergency Braking and more. Mahindra XUV700 is the first Indian car to offer such features, that too is being sold in the market at a very competitive price.

Mahindra Thar SUV needs no formal introduction. India’s OG off-roader Mahindra Thar has given very big SUVs a tough time off the roads from time to time. It is one of the most capable cars in this segment, as well as one of the high-end cars.

With the update of the year 2020, Mahindra Thar got better not only on the outside but on the inside both. It also gets a new set of engines and an automatic gearbox, which has given it a much better performance than the previous version.

There is another Tata Nexon that competes with foreign cars, though it is the fully electric Tata Nexon. This is the first electric car from Tata Motors. While other electric cars were on the market before its arrival, the Nexon EV reached a much larger number of people than any other car.

This electric car became very popular not only in the Indian market, but also in the foreign market. This is Tata’s first step towards a more EV friendly line-up and it is a really good product.