These 7 powerful SUVs will be launched with ADAS feature, know 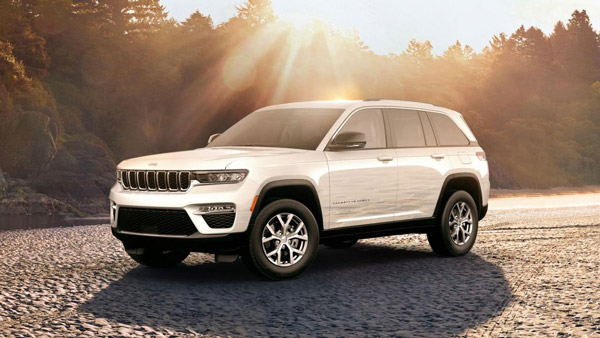 Hyundai is testing the fourth generation Tucson SUV in India. According to the information, this SUV can be offered with an advanced driver assistance system. The new Tucson uses the brand new design language – “Sensuous Sportiness”. The SUV is likely to come with features like autonomous emergency braking, blind spot detection, rear cross traffic alert, lane keep assist and more. The India-spec model is likely to be offered with the same 2.0-litre turbo petrol and a turbo diesel engine that powers the older model.

Jeep India will introduce its upcoming Meridian SUV in India on March 29. It is a 7-seater SUV that will come with three row seats. This SUV will be equipped with many high-end luxury features. The Jeep Meridian SUV will also come with Advanced Driver Assistance System (ADAS). It is likely to get features like automatic emergency braking system, adaptive cruise control, lane keep assist and more.

The Jeep Meridian could use the Compass’s 2.0-litre 4-cylinder Multijet turbocharged diesel engine from the Compass. This engine will deliver a maximum power of 200 bhp. The engine can be mated to a 9-speed automatic gearbox. All wheel drive system will be available in this SUV.

The 2022 Hyundai Creta facelift is being sold in select markets. This mid-size SUV can be launched in India on the occasion of Diwali this year. The new Creta SUV is powered by a 1.5 CRDi diesel engine. This engine generates a maximum power of 114 bhp and a peak torque of 250 Nm. It can be offered with 6-speed manual and automatic gearboxes.

Maruti-Suzuki and Toyota are working on a new SUV under their joint venture. This SUV will be launched against Hyundai Creta, Kia Seltos, MG Aster and other SUVs. The new SUV is likely to get advanced connectivity features along with advanced driver assistance system and connected car technology. The SUV is likely to get Autonomous Level 2 features like Adaptive Cruise Control, Automatic Emergency Braking, Blind Spot Detection, Driver Sleep Detection, Forward Collision Warning, Lane Change Assistance and more.

MG Motor introduced the Advanced Driver Assistance System with the Gloster SUV for the first time in India. After which this feature was also introduced with the Aster SUV. MG Motor will update the Hector SUV in India with the ADAS feature. The ADAS includes several driving features including adaptive cruise control, 360 degree camera, automatic emergency braking, lane change warning.