These 5 new SUVs from Tata Motors are coming in the market, which car would you like to buy? 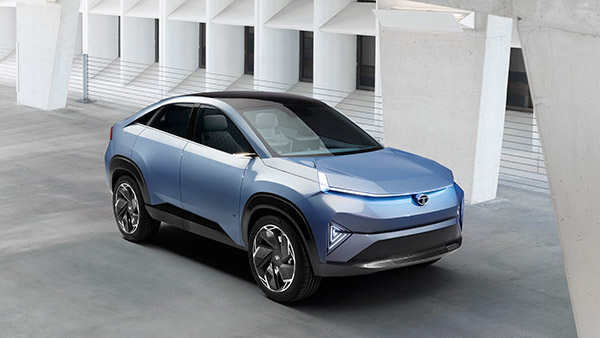 Tata Motors launched the Tata Punch micro-SUV in the market last year and soon it became popular among the buyers. This micro SUV comes with a 5-star safety rating. One drawback of the Tata Punch is its engine. It is only available with the 1.2L, three-cylinder naturally aspirated petrol engine.

But it is said that Tata Motors is working on resolving the issue and this micro-SUV will be offered in a more powerful turbocharged version. It will use the same turbo engine that is found in the Tata Altroz ​​i-Turbo and produces 110 bhp of power and 140 Nm of torque.

Tata Nexon EV was launched in the market a few years back and is now the best selling electric SUV in India. To retain this position, Tata Motors is now working on making some changes to the EV. The car can be offered with a range of 400 km.

Both the Tata Harrier and Safari are popular SUVs in their respective segments. As you know, the Tata Safari is based on the 5-seater Tata Harrier SUV. Both the SUVs are currently being sold only with the 2.0-litre turbocharged diesel engine. But soon the company is going to launch them with petrol engine.

This engine could be a brand new 1.5 liter turbocharged petrol engine. This is going to be a bigger version of the 1.2 liter turbo petrol version, which the company uses in the Tata Nexon. The new engine is expected to generate 160 Bhp of power in both the SUVs.

Tata Motors recently introduced the concept for its second-generation electric car. The concept has been introduced as Tata Curvv and its exterior design is like a coupe. The production version of the Tata Curvv can be launched in India sometime in the year 2024.

Tata Motors showcased this concept at the Auto Expo in the year 2020. The concept garnered a lot of attention mainly because of its name. Tata Motors took inspiration from the original Tata Sierra SUV for this concept. If some reports are to be believed, then it can be launched as an electric car.