These 4 new cars were launched this Holi in the budget of ₹ 4 lakh to ₹ 7 lakh, read price and features 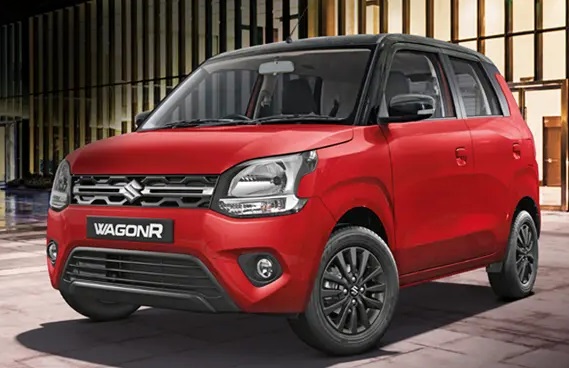 French carmaker Renault has launched its 2022 Renault Kwid in the Indian market at a starting price of Rs 4.49 lakh. The company first launched it in the year 2015, which has got the support of more than 4 lakh customers. Mild changes have been made to its interior. Apart from this, customers will now get sporty white accents in the Climber range of the new Kwid. No mechanical changes have been made to it. It comes in two engines. These include 0.8 liter and 1 liter engines. It gets the option of automatic transmission as well as manual. The 2022 model of the Renault Kwid Climber will get new color options. In these, the option of black roof with mater mustard and ice cool white will be available in dual tone. The new RXL(O) variant has been included by the company in the new Kwid.

The mileage of the new WagonR has been increased by 16 percent as compared to earlier. Apart from this, now customers will get a new H3 Tour variant in its CNG model. Talking about the look, the new WagonR will now be available in two new color options. Apart from this, customers will get the option of alloy wheels with dual-tone body color options in its top end variant. No changes have been made in its engine. The starting Delhi ex-showroom price of the new Maruti Suzuki WagonR is Rs 5.40 lakh, which goes up to Rs 6.98 lakh.

It is made on the Crafted Futurism design language. More than 20 safety features have been given in it. No changes have been made to the engine. In this case, dual jet, dual VVT engine has been given in it. It gets the option of Auto Gear Shift (AGS) with a 5-speed manual transmission. It competes directly with vehicles like Tata Altroz ​​and Hyundai i20. The starting ex-showroom price of the new Maruti Suzuki Baleno in the Indian market is Rs 6.35 lakh, which goes up to Rs 9.49 lakh on its top-end variant.

The new Glanza is in a way a rebadged version of the 2022 Baleno. Mild cosmetic changes have been made in it. This is the cheapest car from Toyota. It has a new head-up display. Its starting ex-showroom price is Rs 6.39 lakh, which goes up to Rs 9.69 lakh.