These 3 five-door off-road SUVs are coming in the market, they will cost less than 20 lakhs 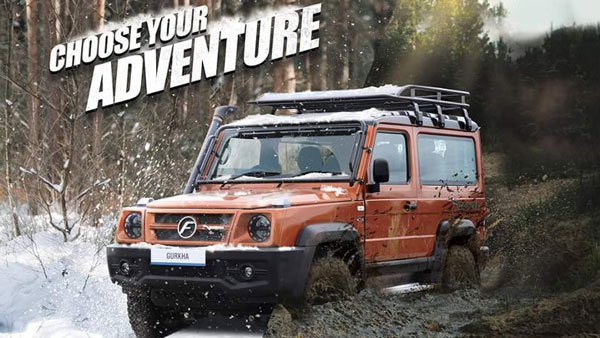 Mahindra Thar has been a huge success in Mahindra’s lifestyle segment. The carmaker has already confirmed plans to introduce more variants, including a 5-door version. Just a while back, a 5-door Mahindra Thar was spotted testing.

Along with this, some pictures of it were also revealed, which shows that it can be launched in the year 2023 as expected. Mahindra officials have also told us that it will share some of its base base with the new Scorpio-N for better riding quality.

Mechanically, the five-door Mahindra Thar could be powered by the same 2.2-litre diesel engine with 4-wheel drive and both manual and automatic gearbox options. While it may get a petrol-4WD powertrain, its availability will depend on the market demand. The five-door model with 4WD option could be priced between Rs 15 lakh and Rs 19 lakh (ex-showroom).

Indian buyers have been patiently waiting for the latest Suzuki Jimny to arrive in India since its global debut in 2018. The car even made its presence felt at the Auto Expo 2020 and is also being produced in India for export purposes.

However, Maruti felt that it would be better suited for India rather than a five-door model. The five-door Jimny has now been spotted testing internationally and looks like it may be nearing production. The 5-door Jimny price in India can easily be priced between Rs. 12 Lakh to Rs. 18 Lakh (ex-showroom).

While Mahindra Thar and Maruti Jimny are seen as off-roaders that have matured over time to make them more practical in the city, the Force Gurkha remains strong on its roots. The latest generation Force Gurkha arrived in 2021 and will soon get a 5-door update as well.

Photos of the 5-door Force Gurkha, which is almost in production-ready form, have surfaced several times during testing. The Gurkha 5-door may get the same 2.6-litre diesel engine as the regular model, and will likely be a 4WD only model. Like the current Gurkha which is priced at Rs 14.5 lakh, it can only be lowered to Rs 18 lakh.