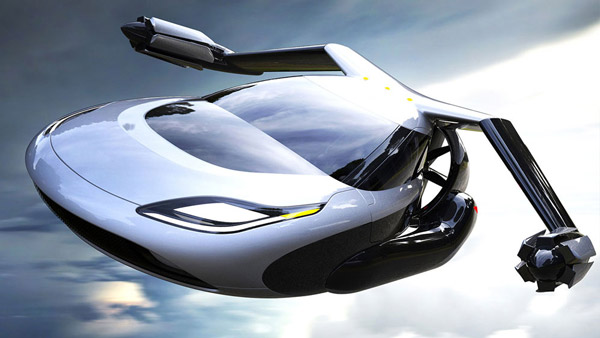 The Aeromobile 4.0 hybrid flying car developed by the Slovakian company can travel at a speed of 100 m/h in the air and 45 m/h on the road. The flying car comes with a custom 2.0L turbocharged 4-cylinder boxer fuel engine. It can be flown up to 100 km on full tank. Foldable fans have been installed in the car so that it can fit anywhere. The car is built with a lightweight aluminum frame, along with wheels designed for air travel.

If you want to buy a flying car then autogyro drive is available in the market. It is one of the street-legal flying cars in the world. With the help of its helicopter-style rotor blades, it can reach a maximum speed of 177 km/h in the air. This flying car looks like a helicopter. If you want to buy it, then its price starts from $ 63,500 and goes up to $180,000.

This flying car is made purely for personal use. Two propellers have been installed for flying in it. This flying car can fly at a maximum speed of 241 kmph. It can be flown up to 193 km in full tank fuel. This car is capable of doing vertical take off and landing like a helicopter.

It is a sub-scale electric vertical takeoff and landing prototype vehicle. It has a cockpit designed for the passenger with two propellers. This flying car can be flown at a maximum speed of 100 kmph. This car can fly with a total weight of 400 kg. Its design is similar to that of a drone.

This flying car can fly at a speed of about 200 km / h. The flying car is lightweight and compact and takes up very little space for launch. You can park it like your car in the garage. It weighs only 600 kg and gives a range of 500 meters on a full charge.

Terrafugia launched the TF-X in May 2013. It is a four-seater vertical take-off and landing (VTOL) plug-in hybrid-electric flying car. It is powered by a rear mounted gas turbine engine that makes 300 bhp. The battery in it gets charged when the engine is running. With the help of a hybrid engine, it can be flown non-stop up to 800 km. Its top speed is 322 km/h.

This flying car looks like a drone. Made by drone maker, Ehang, this flying car weighs only 100 kg. It has a seating area for one passenger. It has eight propellers, with the help of which it can fly in the air at a maximum speed of 62 km / h. It can be flown at a maximum altitude of 3500 meters.

The weight of this tricopter is 10 kg and it can carry only one person. It can fly in the air at an altitude of up to 30 meters, with a maximum speed of up to 100 kmph. The specialty of this flying car is that it can be flown even without a pilot.