There may be a big explosion in the Sun today, from small satellites to power grids in danger! 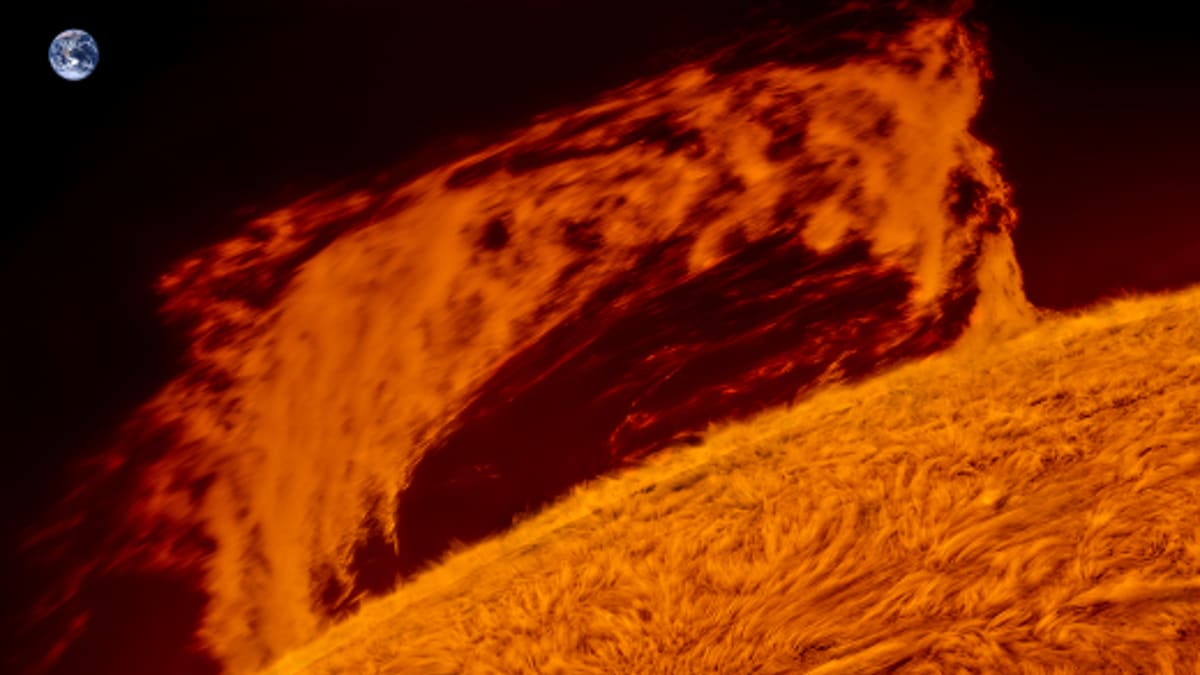 Scientists around the world have intensified their research on the Sun. Actually, our Sun is going through its cycle of 11 years. It is in very active phase. The US space agency NASA has warned that there is a possibility of repeated giant solar eruptions in the Sun. Meanwhile, a sunspot was also seen on the Sun last week. It has been found that this sunspot has developed an unstable beta-gamma magnetic field. This magnetic field has enough energy to explode an M-class solar flare. Sunspot is currently focused towards Earth. So do we need to be up for any challenge?

Before moving on to the news it is important to understand the M-class solar flare explosion. Storms emanating from the Sun are classified according to their intensity. This allows scientists to determine how severe a solar storm is. The weakest solar storms fall in the A-class, B-class and C-class. M-class storms are the most powerful. There is always a possibility of them colliding with our earth.

The sunspot that scientists have found has been named AR3068. Last week it had tripled in size in just 24 hours. It has now developed a beta-gamma magnetic field around itself, which has enough energy to explode an M-class solar flare.

of SpaceWeather.com according to If any explosion occurs today, its effect can be visible to Earth, because the sunspot is focused directly on the Earth. NASA’s Solar Dynamics Observatory is observing this sunspot to warn of any danger. At present, it is not clear whether the solar flare will explode or not, as the behavior of the sunspot is quite strange. If the solar flare explodes after today, it will not affect the Earth. Today, if it explodes and hits the earth, it can cause the power grid to fail. There may be a blackout. Small satellites can also come under the influence of solar flare explosions. It can also disrupt the GPS system and cause radio blackouts.