There is something to see: tomorrow night – the main meteor shower of November 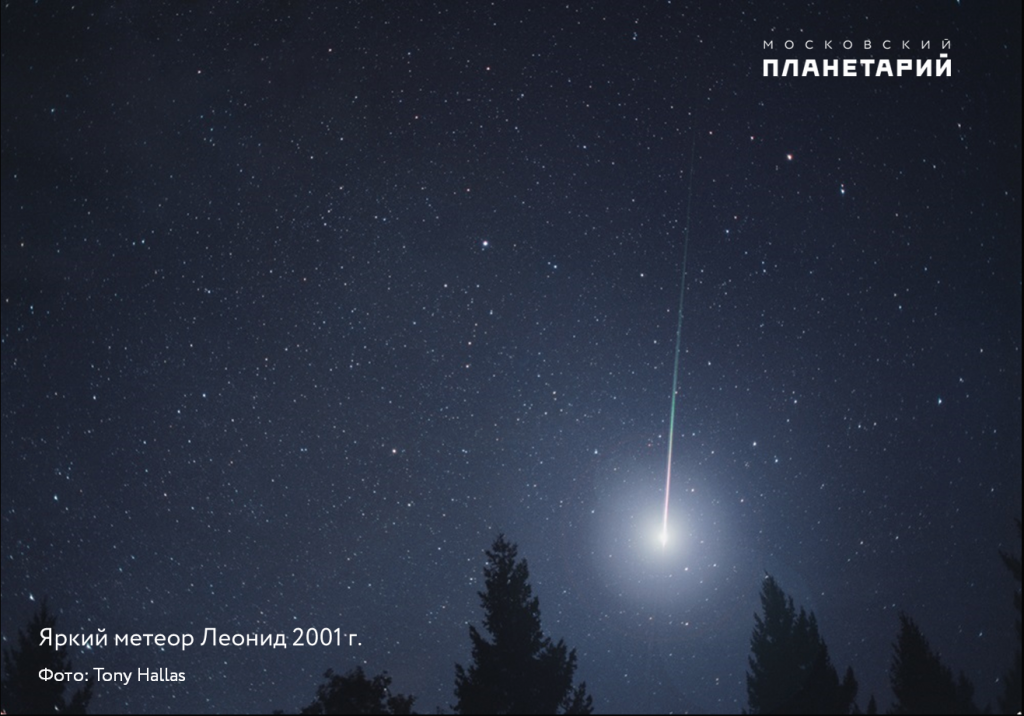 Tomorrow night, the inhabitants of the Earth will be able to witness an unusual astronomical phenomenon. On the night of November 17-18, the maximum activity of the Leonid meteor shower will occur, about 15 meteors per hour are expected at the zenith.

The Leonid meteor shower is named after the constellation Leo (Leon), in which its radiant is located. It is valid for almost the entire month, from 6 to 30 November 2022.

Unfortunately, the conditions for observing Leonid in 2022 are not entirely favorable. The moon is close to the last quarter (11/16/2022) and on the night of the peak it will slightly interfere with the observation of meteors.

The Leonid meteors are bright and fast, reaching speeds of up to 71 km/sec. To successfully observe “shooting stars” the most cloudless sky and the absence of moonlight are highly desirable.

The Leonids are born from the remnants of comet 55P/Tempel-Tuttle, which approaches the Sun every 33 years, and are distinguished by fast white meteors. The intensity of the flow varies from year to year. But every 33 years, the flow intensifies and pours onto Earth in the form of stellar showers, stellar showers, or even storms, which were observed in 1833, 1866, 1966, 1999 and 2001.

56 years ago, in 1966, during a meteor storm from the constellation Leo, earthlings observed 10,000 meteors per hour, that’s 2 or 3 meteors per second. Such a storm may not recur until 2099. According to the forecasts of the Moscow Planetarium, until 2099 the Earth will not collide with dense clouds of cometary dust that give rise to such meteor storms. Therefore, when the comet returns to the Sun again in 2031 and 2064, no meteor storms are expected, but Leonid activity may increase to 100 or slightly more meteors per hour. In the meantime, until 2030, activity peaks of about 15-20 meteors per hour are predicted.