There is a slight decline in most cryptocurrencies including Bitcoin, Ether, know the latest crypto price 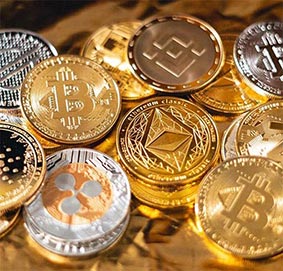 Bitcoin on the same map ether Showed up too. The world’s second largest cryptocurrency has seen a decline of 1.80 percent today. Gadgets 360 cryptocurrency price tracker Tells that Ether started its trading with $3,182 (approximately Rs 2.5 lakh). Its price has also declined today on global exchanges. Ether was down 2.35% at $3,037 (approximately Rs.2.34 lakh) on CoinMarketCap at the time of writing this news.

Other than this Binance Coin, Solana, Cardano, Terra And altcoins like Avalanche have also seen a decline today. Where in meme cryptocurrency Dogecoin got a slight edge, Shiba Inu suffered a loss. Meanwhile, some stable coins like Tether, USD Coin, ripple, Polkadot And Binance USD was seen in green.

Despite the slight decline, the overall crypto market capitalization has increased. According to CoinMarketCap, the global crypto industry is currently valued at $1.87 trillion (approximately Rs 1,43,46,905 crore).

Many countries are now moving rapidly towards crypto regulation. For example, Brazil may introduce crypto laws only in the first half of the year. Apart from this, a bill related to crypto regulation has also been introduced in Mexico.