There is a shortage of licenses for Adobe Creative Cloud in Russia, and there is nothing to replace application software for designers, photographers and video editors 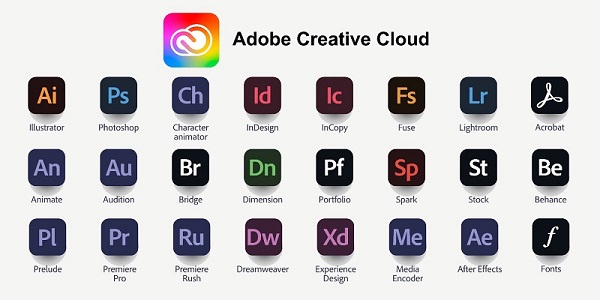 The Adobe company announced the decision to stop sales of the products in Russia on March, 5th. It was clarified that users who have already subscribed to the developer’s products will be able to use them before the expiration date, but they will not be able to renew them.

“Now, when it is impossible to renew the subscription, Russian designers are forced to look for alternatives (which do not reach the level of Creative Cloud) or use the services of intermediaries or acquaintances living abroad”, — said the designer of the agency PR Partner Irina Polyakova.

Another option is to use an unlicensed program. However, most people in Russia who work with graphics bought software – it’s more convenient than using a pirated version. The latter may behave inappropriately – for example, if one of the programs of the package crashes, the user is forced to reinstall it completely, and this is a waste of time, the designer explained.

Experts believe that it will be quite difficult to find a replacement for Adobe in Russia, since the main advantage of this software was precisely in the number of programs that were provided to the user.

“Under the conditions of sanctions, it is rather difficult to find full-fledged analogues of some programs, since many today are either significantly inferior in quality, or have also left the Russian market. The Adobe ecosystem included so many different programs that in today’s realities you will have to find or develop more than two dozen applications that are not inferior to them in a short time.“, – said Vladimir Arlazarov, director of Smart Engines, head of the department of the Federal Research Center “Computer Science and Control” of the Russian Academy of Sciences.

However, there are domestic analogues of popular programs, said R-Style Softlab commercial director Denis Khadaskov. At the same time they are much cheaper than Adobe products, he emphasized.

To work with bitmaps, there is an application called AliveColors. In addition, there is an open source GIMP raster editor. He added that Inkscape and Vectr editors can replace Illustrator. These solutions are somewhat inferior to Adobe and Corel products, but are suitable for most everyday tasks. These are foreign solutions, but they are open source software, that is, they are distributed freely, Denis Khadaskov explained.