There is a queue of buyers to buy iPhone 13, but orders are getting canceled continuously on Flipkart! 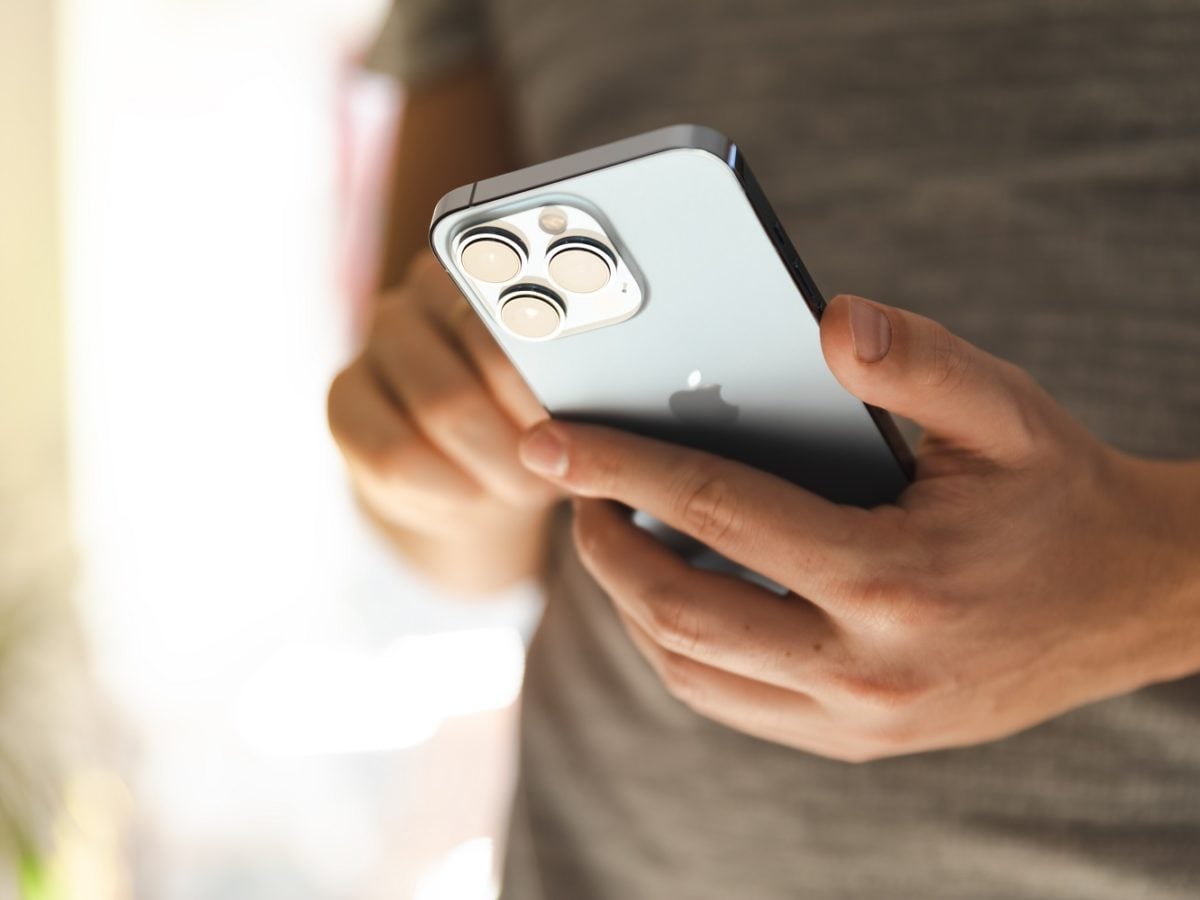 iPhone 13 orders are being canceled from the Flipkart Billion Days sale.

Many users have complained about this by sharing screenshots through Twitter.

Users also say that the e-retailer is continuously increasing the deal price of the device.

Flipkart but big Big Billion Days Sale is live, and its last day is on 30 September. In the sale, the company is making the iPhone 13 available for less than Rs 50,000. However, some Flipkart users are complaining that their iPhone 13 order got canceled without any notice. Some users have shared their order cancellations on social media.

Apart from the canceled iPhone 13 orders, Flipkart users are also complaining about how the e-retailer is continuously increasing the deal price of the device. 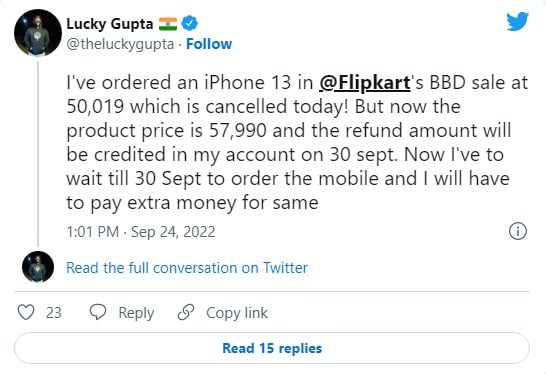 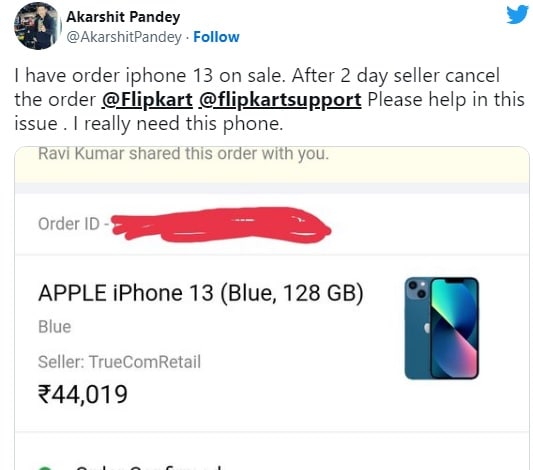 Interested customers are also complaining that in the ‘Sneak Peak’ of its Big Billion Days sale, the company had said that it will offer the iPhone 13 at a price of less than Rs 50,000, but now the company will be selling the device at a price of around Rs 57,000. Presenting. 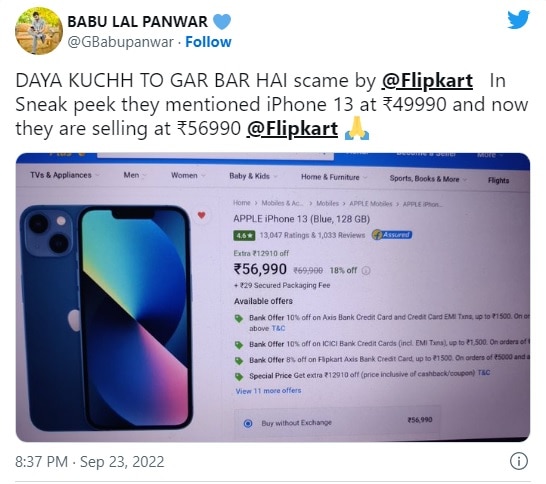 However, this is also less than the original price, which is Rs 69,900. At present, Flipkart has not commented on this. So it is difficult to know why this is happening.

Specifications of Apple iPhone 13
The iPhone 13 has a 6.1-inch Super Retina XDR display with a ceramic shield for safety. You get a fast processor in this iPhone. In this, Apple’s latest A15 Bionic chipset has been given. As a camera, this smartphone will get 12 megapixel True Depth front camera with Night Mode and 4K Dolby Vision, which is equipped with HDR recording.

A 12-megapixel wide camera and a 12-megapixel ultra-wide sensor have also been given on the rear of the phone. A device comes with IP68 water resistance. The battery of iPhone 13 is also much better than its old version. The company says that it will get 2.5 hours more battery backup than the iPhone 12.