There is a huge demand for this flying car all over the world, thousands of people have booked after launch 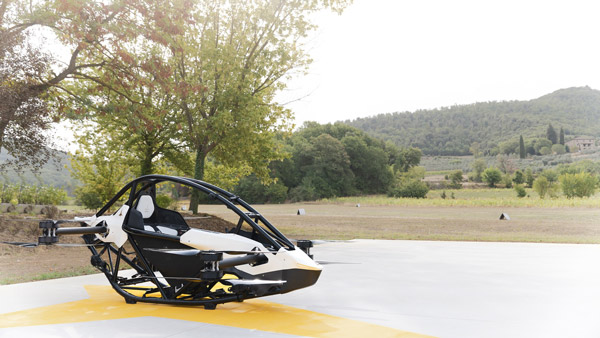 Let us tell you that Jetson One Flying Car can fly at an altitude of 1,500 feet above the surface. This flying car is completely battery operated and can be flown up to a range of 32 km on a single full charge. It is capable of flying at a maximum speed of 102 km/h. The company had produced a few units after its launch, which the company was aiming to sell throughout the year, but due to heavy demand, all its units were sold on the very first.

The company has fixed the price of a flying car at US$ 90,000 which is approximately Rs 71 lakh in Indian currency. The company says that this flying car has been made available to all types of customers.

Jetson One is a vertical takeoff and landing (VTOL) vehicle that was launched in October 2022. It weighs 86 kg and can fly for 20 minutes at a top speed of 102 km/h. Jetson claims it is the world’s first economical flying car that does not require a special flying license in the US to operate. Only one passenger can fly in it.

Its structure is made entirely of carbon fiber to keep the flying car’s weight down. It has four rotors, which is powered by a lightweight and high-density lithium-ion battery. The cabin of this flying car is like a cage. For the safety of the passenger, a pipe-shaped security enclosure has been built around the cabin.

Jetson claims that the motors used in this flying car are quite powerful. The electronic system of this car has been designed in such a way that even if a motor fails, this car will continue to fly.

In India too many companies are working on the model of flying car. Recently a Chennai based startup company ‘Vinata Aeromobility’ revealed its first flying car at an event in London. This flying car can run on both fuel and battery. This car can do vertical take-off and landing, due to which it does not need a runway like an aircraft.

This flying car can fly at a top speed of 120 km/h. Once the fuel is filled, it can be flown for 60 minutes. It is capable of flying up to an altitude of 3,000 feet. Currently, this flying car is designed for two people, but the passenger capacity can be increased in the new models. The company has not started selling it yet.