There are already 1.5 times more dealer centers of Chinese cars in Russia than Russian ones. Cherry and Exeed have the largest increase in salons 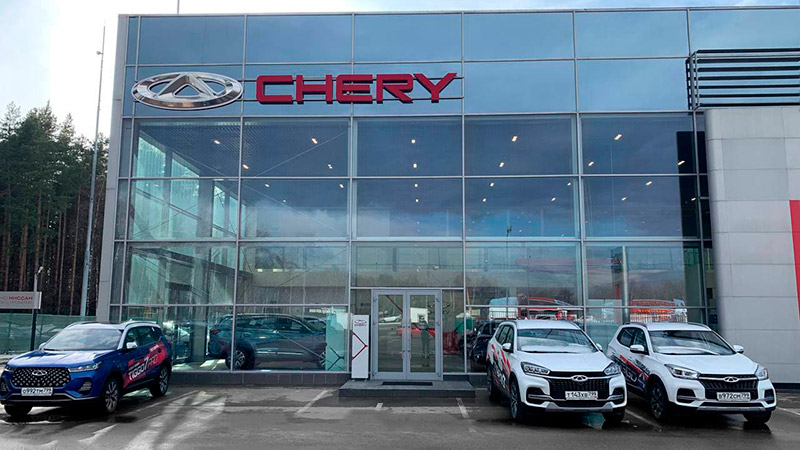 The number of dealerships of Chinese car brands in Russia in the first half of 2022 exceeded the number of Russian ones by 1.5 times. This is stated in the study “Discovery of the car.”

After the departure of European and Japanese car brands, Chinese companies began to actively explore the Russian market. “When a fifth of the previous business volumes in terms of sales of new cars remained, it would be reckless to expect any increase in the number of salons. It is all the more surprising that in the first half of 2022, five Chinese brands appeared on our market at once, the number of showrooms of which in Russia increased significantly“, the authors of the study note.

FAW has grown by 20 outlets in the first half of the year: the distributor allows the brand to be placed together with other brands, which makes it easier to open new stores, Otkritie Avto experts note. “At the same time, the total number of salons at FAW is still not very large – 86. In addition, the average monthly sales per dealer center are deplorable here. – less than two cars per cabin”, – specify in the “Auto Opening”.

Other Chinese brands – Changan (85 showrooms), JAC (58), DFM (42), Foton (38) and GAC (18) – delivered cars to their dealers in small quantities in the first half of the year, there were not a large number of people who wanted to get a franchise of these brands . In general, in the Russian market, according to the results of the first half of the year, 763 showrooms of various Chinese brands had franchises. This is 82 salons more than in 2021, the report emphasizes.

And what about the dealers of Russian brands? AvtoVAZ retained last year’s number of Lada showrooms – 299, the number of GAZ Group showrooms has slightly decreased, now the company is represented by 124 showrooms. The UAZ network has expanded with two new stores, which made it possible to present the company with 113 outlets throughout the country. “As a result, the number of showrooms of Russian brands reached 536 outlets, 227 less than the Chinese.“, – say the experts of the “Auto Discovery”.

A total of 3,249 showrooms of passenger cars and light commercial vehicles retained their franchises in Russia at the end of the first half of the year. This is 374 showrooms, or 10.3% less than in January 2022.