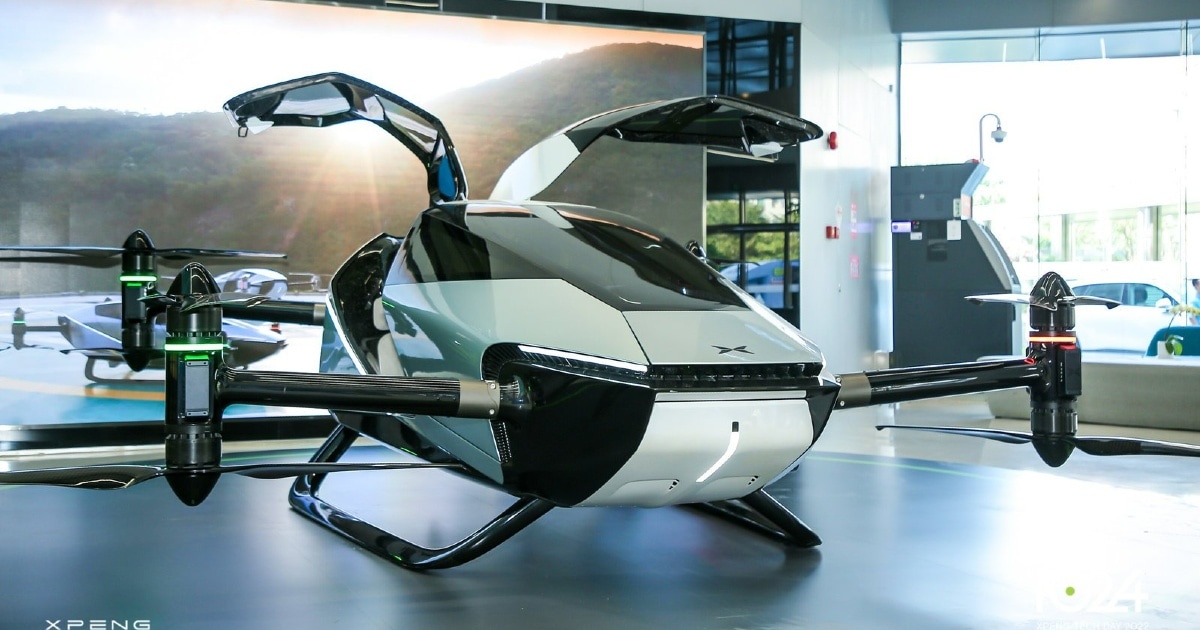 XPeng Motors showed off its latest model of the flying car, the X3 in its Electric Vertical Takeoff and Landing Vehicle (eVTOL), or simply put, at its ‘Tech Day Event’ in China. During the show, the company also threw light on robotics, robotics, smart voice assistance and ADAS technology. The electric vehicle maker first showcased its flying car project – Xpeng X2 in 2021, and now its latest model has been introduced in the form of eVTOL. Some improvements have been made in it now compared to the initial period.

XPENG AEROHT's flying car, X2, set off for its first public flight in Dubai just a few weeks ago. With both driving and flying modes, the next generation of flying car, X3, will help those needing to travel short distances quickly and at low altitudes. #XPENGTechDay pic.twitter.com/GNWMl7jUxD

The latest Xpeng flying car is an eVTOL equipped with a multi-rotor configuration, with a total of eight propellers with sets of two at each corner. With the propellers removed, its design is similar to that of a conventional car. It gets a steering wheel and four wheels. The car supports both manual and autonomous driving modes.

Last year’s model featured a horizontal dual rotor structure, but the new model comes with a distributed multi-rotor configuration. In addition, the company’s have to say That this time the system design complexity has been reduced to further enhance the safety and reliability of the flight. The test vehicle of the new flying car has successfully completed several single-motor failure tests along with its maiden flight.

The company said, in driving mode, it works like a conventional car. Whereas, in flying mode, the flying car’s steering wheel and right hand gear lever can be used as controls for moving forward and backward, turning, climbing, hovering and descending.

Let us tell you that the first version was XPeng X2, which is a two-seater. flying car Whose body is made of carbon fiber, which also makes it strong and at the same time keeps the weight of the vehicle low. The company says that their flying car does not release carbon dioxide, which also eliminates the concern of pollution from low-altitude flights.

This month Xpeng introduced its X2 model. test in dubai did. Talking about the features, Xpeng claims that their flying vehicle can reach a top speed of 130 kmph. It is said that the Xpeng X2 flying car can carry up to 500 kg of weight with it.