The world’s largest passenger plane will go to India today, know the features of this two-floor plane 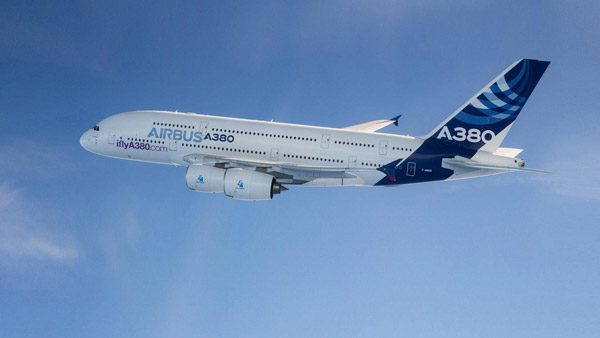 The Bangalore airport authorities have started to welcome the Airbus A380. This news is also special because this plane is coming to India. Due to its arrival plan being pre-pon, the preparations are expediting. This plane will reach Bangalore today at 3.40 pm and will return to Dubai in the evening itself. This will be the first luxury flying experience for the passengers of Bangalore.

Currently, only four airports in India are compliant for Airbus A380 landings, including Bangalore as well as Delhi, Mumbai and Hyderabad. Emirates started its operations in India in 1985 and has been serving the people of Bangalore since 2006. This is the second city in the country where this plane is coming, before this flight between Mumbai and Dubai was started in 2014.

The A380 flights are launched every day with three class configurations namely EK568/569, Economy, Business Class and First Class. This plane has 45% more seating capacity than Boeing 777 aircraft. Passengers love the experience of this plane and choose it because of the more legroom and comfort it offers.

This plane belongs to Emirates airline and it is 72.7 meters long and has two floors. The weight of this plane is between 510 to 575 tons. The height of this plane is 24.1 meters and it is one of the highest planes in the world. Talking about technology, electronic library has been given instead of paper document for pilot. Because of this the performance is even better.

Two engine options have been given in this plane – Engine Alliance GP7200 and Rolls Royce’s Trent 900. Along with this, modern wing and landing gear design has been given, due to which it makes less noise than other big planes. For this reason, it is able to comply with the local rules of sound control of many airports around the world.

A typical Airbus A380 can easily carry 500 passengers at a time. This airplane is in line with the existing airport infra, due to which the operation and service for the passengers becomes easy. It has been designed in such a way that boarding and deboarding takes less time. At the same time, modern technology has been used in its cabin.