The world’s first train, which gives the pleasure of air travel, not land 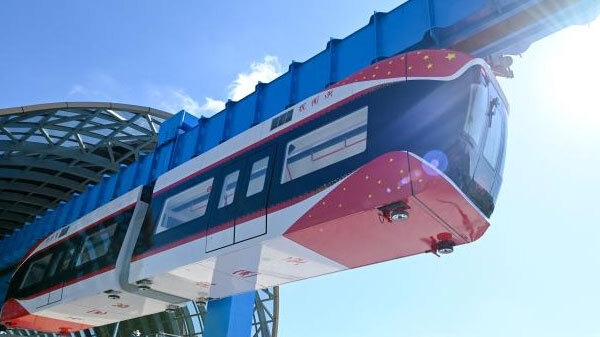 Talking about Maglev trains, China is at the forefront. In 2018, it was reported that the nation was testing a super maglev train, which was expected to travel at speeds of up to 1,000 km/h.

According to the report of the South China Morning Post, China has recently launched the world’s first Maglev Train Red Train. Unlike other similar trains, the special feature of this high-speed train is that it will run while hanging in the air. That is, it will run upside down on the tracks, this will be possible due to the electromagnet.

know what is special

– Also known as Red Rail.
– Magnet has been added to its tracks and wheels, so that it does not separate from the track even when it is inverted. The length of this project is 2,600 feet.
– Established in Jingguo County, Jiangxi Province in China. Pictures of sky train are going viral on social media. The train uses strong magnets to produce a non-stop repelling force that is enough to lift a train into the air.

The train has a capacity to carry 88 passengers at a time.
– The levitating train runs about 33 feet above the ground.
– It has a speed of 80 kilometers per hour and does not make any noise while running. – According to reports, the track produces less electromagnetic radiation than conventional lines and is also much cheaper to build.