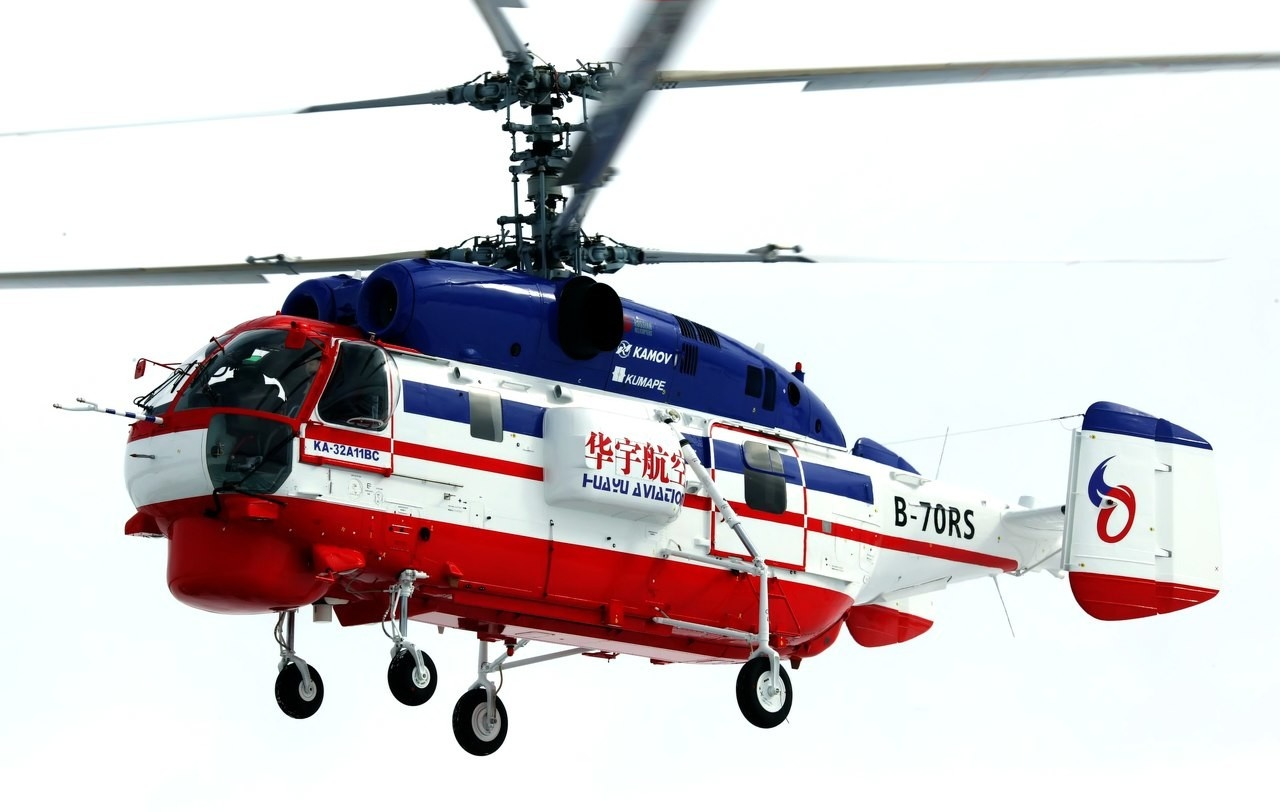 Russian Helicopters Holding announces that the world’s first helicopter capable of extinguishing fires at sub-zero temperatures, the Ka-32A11BC, made its first flight with VK-2500PS-02 engines. Such engines are developed and produced by the UEC-Klimov enterprise, which is part of the Rostec United Engine Corporation.

The fully localized Russian helicopter engine VK-2500 was created on the basis of the TV3-117VMA model. The main difference between the VK-2500 and its predecessors was the first introduced digital automatic control system (ACS). The engine power was 2700 hp, the rates of climb, load capacity, speed and maneuverability of the helicopter increased. VK-2500 can be used in extreme conditions of high mountains and hot climates. It is installed on modifications of Mi-17 helicopters, as well as on the latest combat Mi-28, Ka-52, Mi-35.

On the basis of this engine, the VK-2500P, VK-2500PS-03 and VK-2500PS-02 upgrades were created. The latest model is installed on the modernized Ka-32, considered one of the best fire and rescue helicopters in the world.

The Ka-32A11BC is a multi-purpose civil coaxial helicopter, which until 2011 was supplied exclusively for export. On an external sling, the machine can carry up to 5 tons of cargo. The coaxial scheme allows the helicopter to be effectively used in dense urban areas. The Ka-32A11BC is the world’s first firefighting helicopter that can be used at temperatures as low as -20°C. This was made possible thanks to the unique Russian fire extinguishing system with heated water SP-32. The helicopter can fill a special hanging tank of 4,000 liters in just 60 seconds (25% faster than in the previous version of the Ka-32). In addition, the machine can be equipped with a VSU-5 spillway and a water cannon.