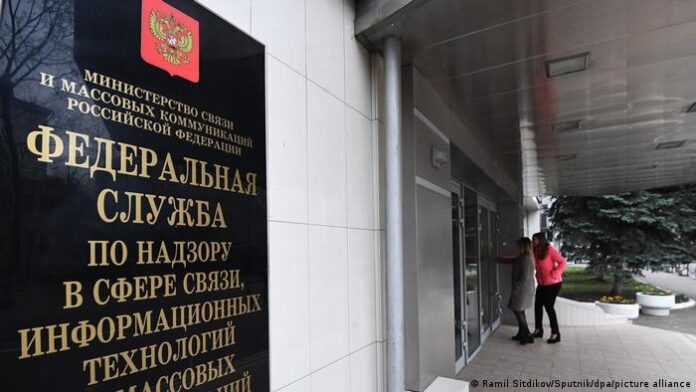 Roskomnadzor (RKN) has blocked the website of the OVD-Info human rights media project dedicated to political persecution in Russia, the human rights resource reported on its Telegram channel on Saturday, December 25. The report notes that notifications from RKN have not yet been received and the reasons for blocking OVD-Info are unknown. The decision to block it was made by the Lukhovitsky Court of the Moscow Region.

Roskomnadzor – on the reason for blocking “OVD-Info”

Roskomnadzor confirmed to the Interfax agency that access to the resource on the territory of the country is limited, since, on the basis of the decision of the Lukhovitsky District Court of the Moscow Region, the resource was included in the register of information prohibited in the Russian Federation.

“According to the text of the court decision, the information of the media project, aimed at justifying the activities of extremist and terrorist associations, which justifies the actions of participants in such organizations, posted on the information resource of the NGO-foreign agent, as well as in the accounts of the organization’s social networks, is prohibited. Taking into account the above, the activities of the media project are aimed at propaganda terrorism and extremism on the territory of the Russian Federation, “the RKN said.

The press service of the department also reported that Roskomnadzor requires the administration of social networks to delete the accounts of the organization.

Entering “OVD-Info” into the register of “foreign agents”

At the end of September, the Ministry of Justice of the Russian Federation entered “OVD-Info” into the register of “unregistered public associations performing the functions of a foreign agent .” The human rights media project stated that “this is an act of political pressure that took place against the backdrop of a large public campaign for the abolition of the legislation on” foreign agents “launched by OVD-Info and more than 150 media outlets, public and charitable organizations.”

The Lukhovitsky court considered that the publication of topical news about detentions at rallies and information about legal assistance in criminal and administrative cases proves that OVD-Info is engaged in “political activity.” The reasoning part of the court decision states that the prosecutor’s office twice sent information to the Russian Ministry of Justice that OVD-Info receives funding through the Memorial human rights center, recognized in Russia as an “foreign agent”.

The court found it proven both conditions necessary for OVD-Info to be included in the register of “foreign agents”.