The Ural Automobile Plant presented a truck with a hybrid power plant. Next in line are all-electric and hydrogen trucks 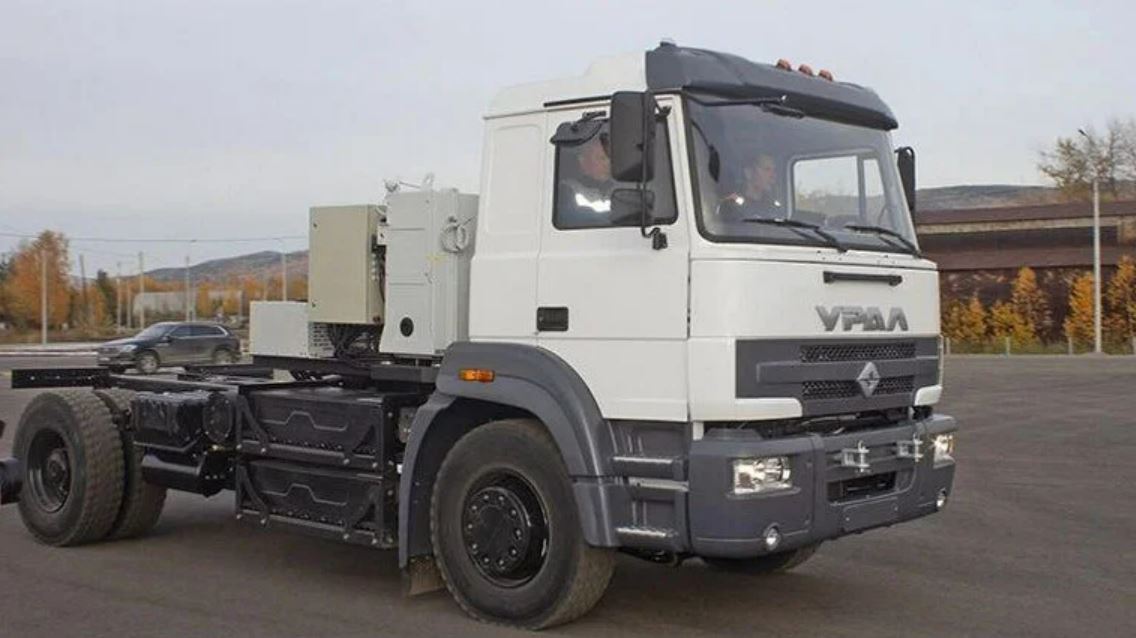 The Ural Automobile Plant from Miass (Chelyabinsk Region) presented its first truck equipped with a hybrid power plant. Next in line is the release of a fully electric model with a power reserve of 300 km, writes URA.ru with reference to Anton Akimov, chief designer for commercial vehicles of the company.

“The Ural electric truck with a hybrid power plant was the first of the line being developed. The next one will be made completely electric, without an internal combustion engine.”, — said Anton Akimov. The third model in the new Ural eco-line will be a car with a hydrogen engine.

As for the ready-made and presented hybrid, it is equipped with the latest power plant, consisting of a generator with an engine running on liquefied gas, traction batteries and an electric motor.

If it is not possible to connect to the mains, the batteries can be recharged using the built-in on-board generator. The battery power reserve is 100 km, and the gas-powered generator provides another 400-500 km of autonomous travel.

Earlier it was reported that Ural plans to increase the production of trucks up to 16 thousand units per year in the next two or three years. This is almost double the volume expected in 2022.