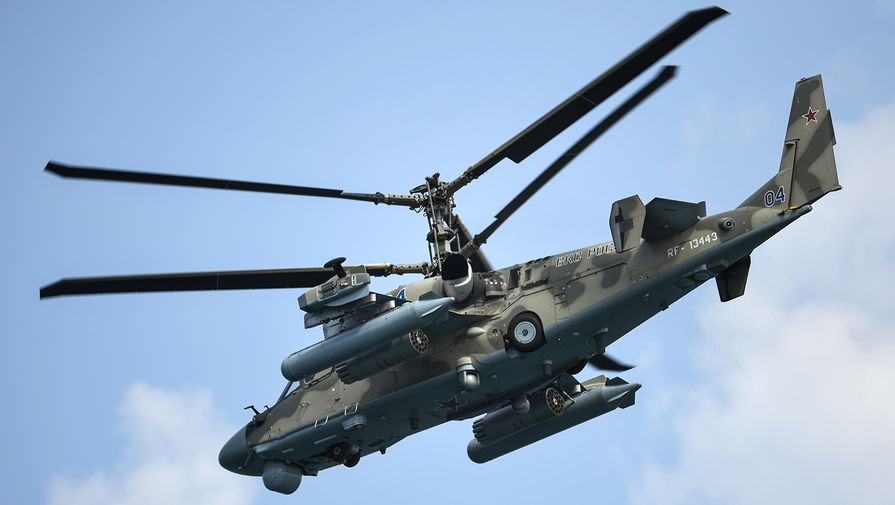 The upgraded Ka-52M helicopter will have network-centric capabilities, that is, it will be able to work together with unmanned aerial vehicles and interact with other helicopters and aircraft. This was reported by a TASS source in the military-industrial complex.

“The upgraded version of the Ka-52 helicopter will be able to interact with all aviation facilities – drones, planes and helicopters. A ground control post is currently being developed for these purposes. Satellite communications are also planned to solve various problems.“, – said the source. Similar opportunities should have a promising sixth-generation Russian fighter.

According to him, the Ka-52M will be able to work together with the UAV. “The helicopter crew will receive information about the situation on the battlefield from drones. It will also qualitatively improve the collection of intelligence at a greater distance.“, he noted. The source also added that they plan to complete state tests of the upgraded Ka-52M helicopter in October.

The Ka-52M is a modernized version of the Ka-52 Alligator helicopter. The best technical solutions are used in the design of the Ka-52M: a gyro-stabilized optoelectronic system with an increased range of detection and recognition of targets is used, a new digital drive that will improve the accuracy of aiming when firing from a cannon, new brake wheels with disc brakes and aviation tires of increased wear resistance are installed . The VK-2500 engine is installed on the modernized machines.