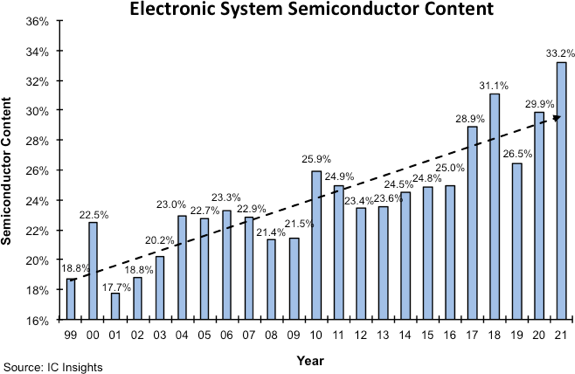 Experts from the analytical company IC Insights claim that in 2021, the share of semiconductor products in the cost of electronic systems reached 33.2% last year. This is a record value. The previous record was set in 2018.

Of course, the upward trend in the cost of semiconductor products in electronic systems has a limit. Whatever it is, after reaching it, the average annual growth of the semiconductor industry will exactly match the growth of the electronic systems market, i.e. will be about 4%. According to IC Insights, the “ceiling” is at least 40% and will not be reached in the next five years.