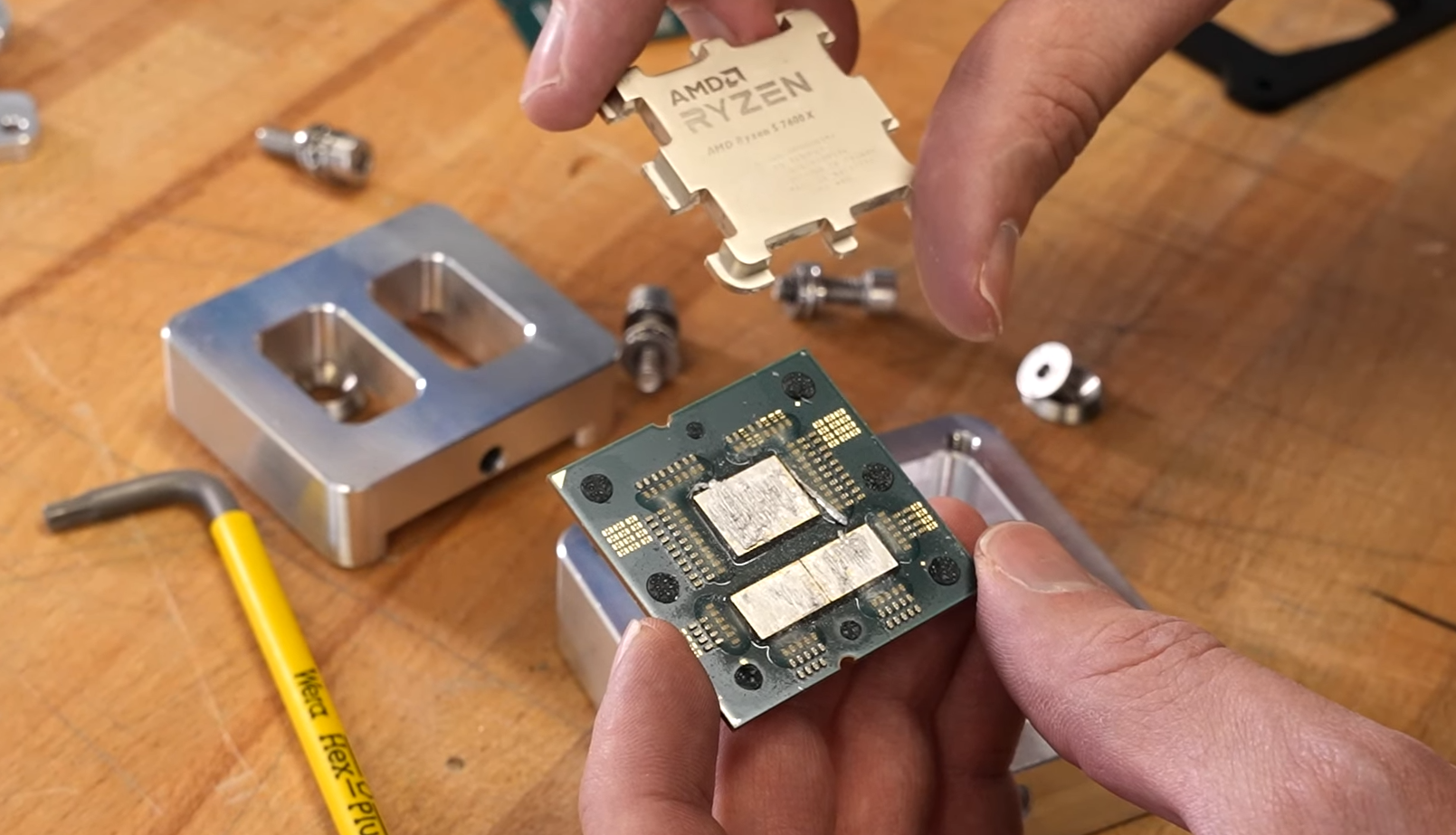 German overclocker Roman Hartung, aka der8auer, opened up a 6-core Ryzen 5 7600X processor and found something very interesting under the cover: two CCD chiplets and an I / O Die. The configuration is just like the flagship 16-core Ryzen 9 7950 (AMD has 8 cores in each chiplet)!

It’s amazing, of course. The next step was to check the performance of all three components. To do this, small copper bars were made, which were installed on each of the three components, and their heating was determined using an infrared camera. As it turned out, only one CCD heats up.

And now the most important question is why AMD needed to install two chiplets on the 6-core Ryzen 5 7600X, when one is more than enough. While there is no exact answer to it, but there are two options.

First: one chiplet is defective. Roughly speaking, this is how AMD turns defective 16- or 12-core processors into 8- or 6-core ones. Actually, the practice is not new and is used all the time in the semiconductor industry. But there is also a small chance that the second CCD is blocked for some reason. And then, as soon as an unlocking algorithm is found, such a 6-core CPU can be turned into at least a 12-core one. And then everything in the 16-core. There were also examples of such a successful unlock (or free upgrade) in history.