The Russian analogue of Instagram is not forgotten: Rossgram will be presented in two capitals at once 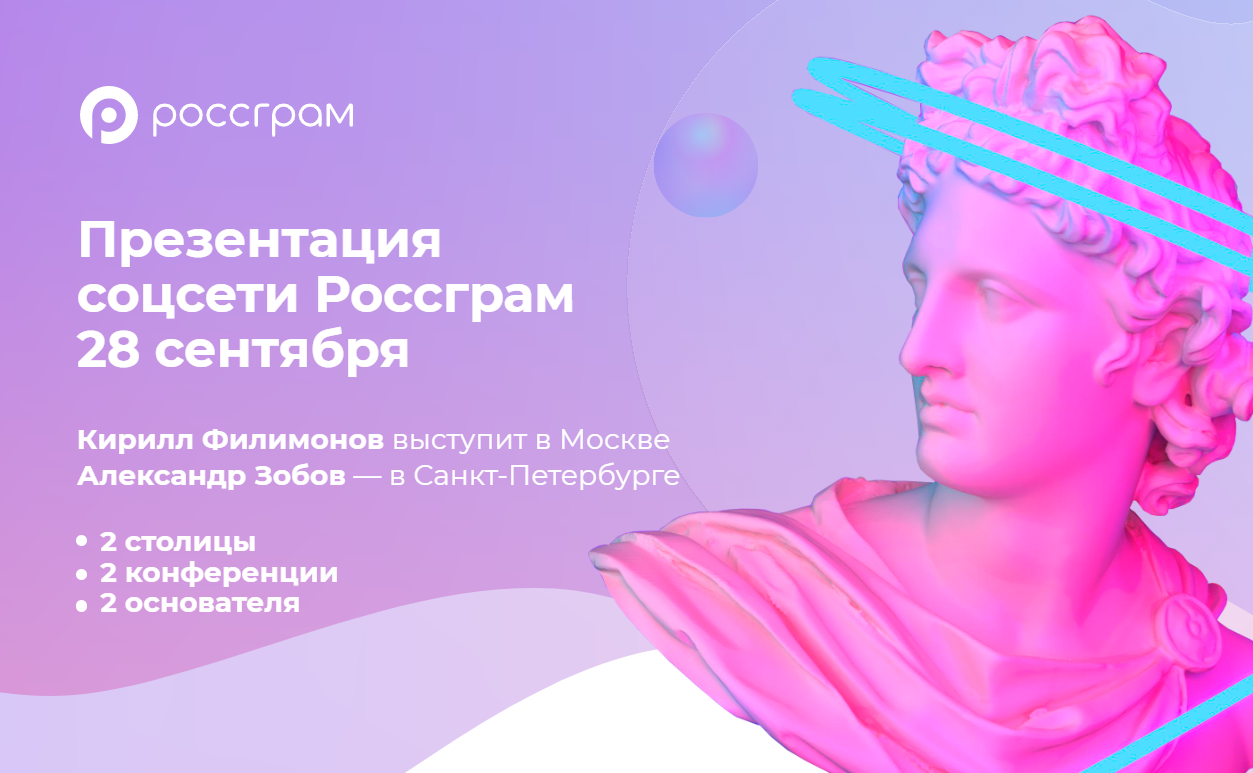 The developers of Rossgram, the domestic analogue of Instagram (owned by Meta, which is recognized as extremist and banned in Russia), announced the soon presentation of the long-awaited social network.

On September 28, a presentation of the Rossgram social network will be held in Moscow and St. Petersburg. The developers promise:

Event participants will be able to see the interface of the most anticipated social network in Russia!

Recall that Russia announced a new social network “Rossgram” in March. The author of Rossgram was entrepreneur Alexander Zobov, who claims that he studied on the same course with the creator of VKontakte and Telegram Pavel Durov. Then it was reported that Rossgram will launch on March 28 for top bloggers and investors, and for ordinary users access will be open in April. However, the social network is still under development, although the sale of Rossgram names was opened in April.