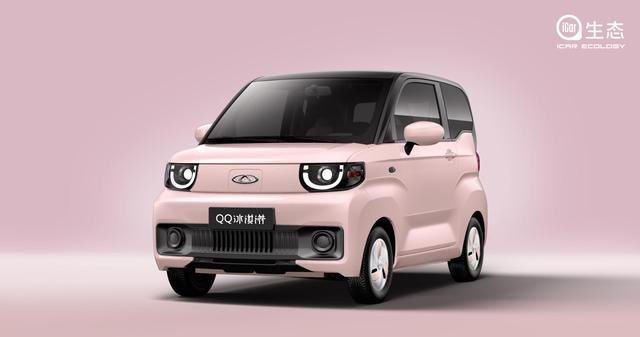 The most popular electric car in China (and one of the most popular in the world) is the Wuling Hongguang MINIEV, but Chery has already created a competitor for it: the QQ Ice Cream model is almost a complete analogue in terms of size, price and capabilities. And from December 28 in China anyone can buy it.

The main characteristics of Chery QQ Ice Cream have already been announced, but this time there are much more technical and equipment details. Vehicle dimensions – 2980 x 1496 x 1637 mm, wheelbase – 1960 mm. That is, Chery QQ Ice Cream is still a little more than a competitor. Although the body concept is the same – three doors and three passengers in addition to the driver.

The car received halogen headlights and LED DRLs, air conditioning (in the basic version it is not), a multifunction steering wheel with a truncated rim, seat belts with a pretensioner, a driver’s airbag, rear parking sensors with a rear view camera, a tire pressure monitoring system.

The basic version uses a 9.6 kWh battery, the top-end version uses a 13.9 kWh battery. The traction battery is guaranteed for eight years or 120,000 km. The car warranty is less – three years or 100,000 km. Chery QQ is driven by a 27 hp synchronous electric motor. and a torque of 85 Nm, the maximum speed exceeds 100 km / h. The power reserve according to the NEDC method is 120 and 170 km, and it takes 6 and 8 hours to fully charge the traction battery, respectively.