The Radeon RX 7900 XT will receive a tiny, as for a top-end video card, GPU, but there is a nuance 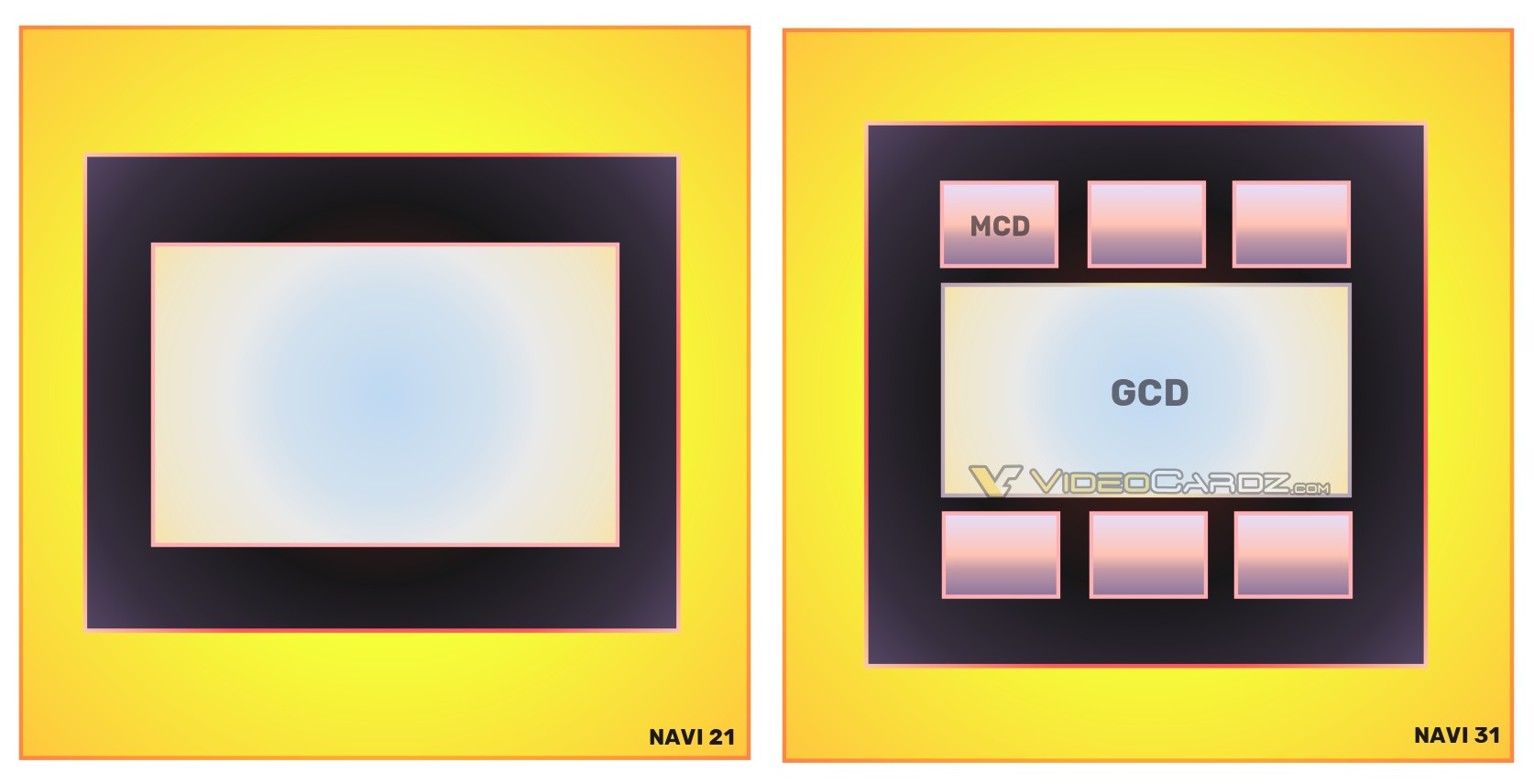 The Radeon RX 7900 XT graphics card will be based on a very small GPU, by the standards of the class.

Navi 31 GPU die area is only about 350mm according to recent data2 or a little more. For comparison, Navi 21 has an area of ​​​​520 mm2. In terms of area, Navi 31 is comparable to Navi 22, which underlies the Radeon RX 6700 XT. At the same time, the new GPU, according to available data, will have about six times more stream processors. However, there is no magic here.

Like us recently found out, Navi 31 will be a very unusual GPU. Contrary to a huge number of early rumors and leaks, it will not be a two-chip. Instead, the GPU itself will be monolithic and small, but there will be six MCD (Memory Complex Die) crystals around it. It’s just cache memory, which is placed in separate chips. Moreover, three of the six chips can have additional chips placed on top or bottom using 3D V-Cache.

As a result, the area of ​​the package or heat distribution cover can be about 590 mm.2which already matches the class.

The information was shared by a trusted source Greymon55, who has repeatedly disclosed the parameters of future video cards.