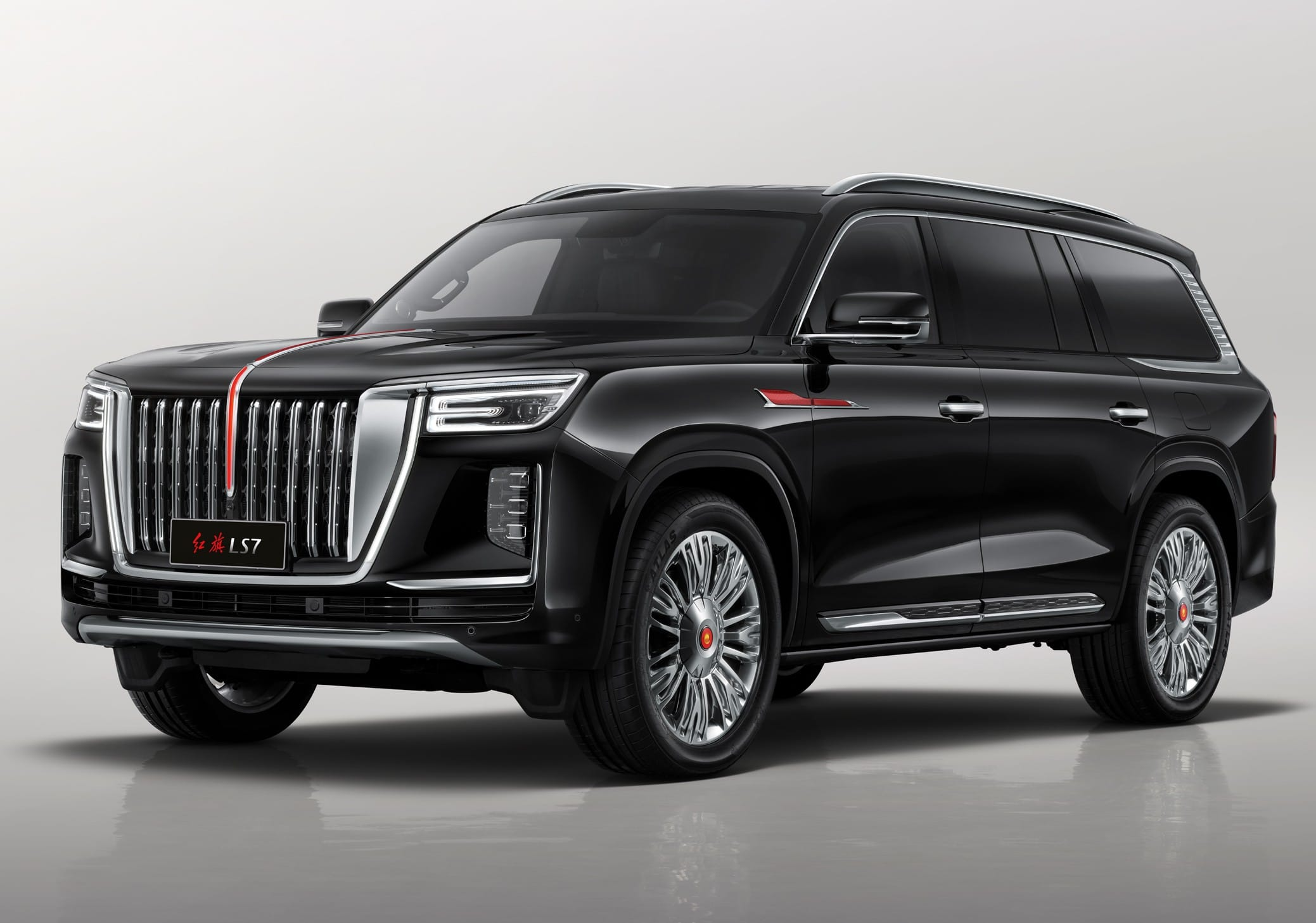 The Hongqi brand, owned by FAW, has brought to the Chinese market a new full-size SUV LS7, which is called the Russian frame SUV Aurus. The premium model, which is available in three-row and luxury four-seater versions, in terms of our money, costs from 12.3 million rubles in China.

The car, almost 5.7 meters long and 2.1 meters wide, is built on a frame platform, in the rear of which there is a continuous axle, and in the front – an independent double wishbone suspension. The car is already in the database equipped with air suspension and 22-inch wheels.

In the three-row version, unlike the top four-seat version, there is no central box with a refrigerator and TVs on the second row, and the seats are devoid of footrests and have only longitudinal adjustment.

The car received a genuine leather interior with lacquered wood veneer, two 12.3-inch screens, and a two-spoke steering wheel that has physical control buttons for the car’s system.

Hongqi LS7 received a 4.0-liter V8 petrol turbo engine with 360 hp, which was developed by FAW together with the Central Research Institute of China. He also received the classic eight-speed automatic ZF and all-wheel drive with a front axle clutch.