The person started ‘barking’ at the officer when ‘dog’ was written instead of ‘Datta’ in the ration card! video viral 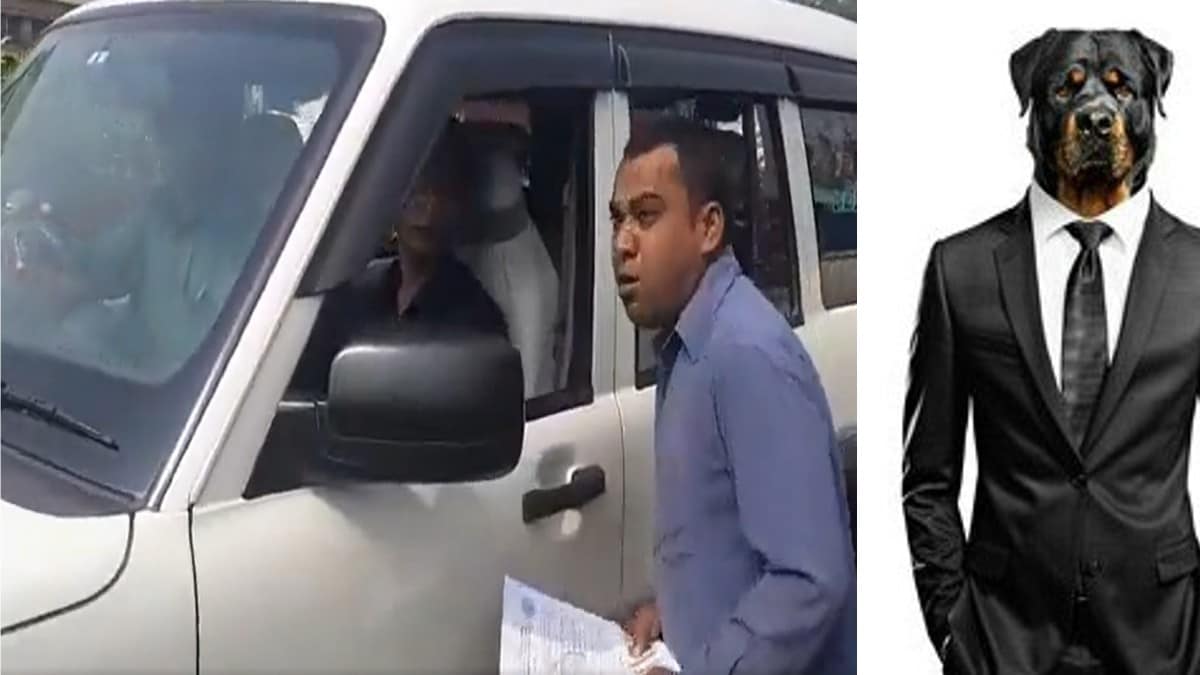 It is said that when ghee does not come out from a straight finger, then the finger has to be bent. A person tried a similar method to get his work done. The matter is from West Bengal where a strange incident happened with a man. The person had given his ration card to get it made. His name was to be written as Shrikant Dutta. But the officials mistakenly wrote Shrikant ‘Kutta’ instead of Shrikant ‘Datta’ there. The person tried a lot to get it rectified, but the hearing did not happen. In the end, he had to do what was written in his name. You will also be surprised to know that after going in front of the person’s car, he started barking. That is, he started making the sound of a dog.

#West Bengal Shocker: Man Behaves Like Dog, 'Barks' at BDO After Bankura Administration Prints His Surname As ‘Kutta’ Instead of ‘Dutta’ in Ration Card pic.twitter.com/SqT0hs3iLr

Shrikant Dutta from West Bengal had given his ration card to get it made. The officials first changed his name from Shrikant Dutta to Shrikant Mandal. Then when he went to get it changed, his surname was changed again. But this time ‘Kutta’ was written instead of ‘Datta’. The person found it very insulting to be associated with Srikanth as a ‘dog’, which is natural. The name of any person is his biggest identity, in such a way how can one tolerate the mistake with the name. This person also decided to get it fixed.

According to media reports, Srikkanth pleaded with the authorities several times to remove the word ‘dog’ from his name by mistake. But he was not heard. Then at last the person came in front of the officer’s car on the busy road. Stopping the car in the middle of the road, showing the document to the officer, he started barking. On this even the passers-by were surprised that what is the matter after all! Someone recorded the video of the person and put it on the internet. Now this video is becoming increasingly viral.

The officers were also stunned to see the man doing such a strange act in front of the car. When he saw the document, he understood the matter. Now Srikkanth has been assured to correct the mistake in the document. But this video of the person has become increasingly viral on the internet. According to the information revealed in media reports, Shrikant is a resident of Bikna Panchayat of Bankura-2 block. According to media reports, Srikanth told that he repeatedly applied for rectifying this mistake, but when he was not heard, he had to take this route. He said that this comes under the ambit of social humiliation for a person. Action should also be taken on this mistake.