The Nobel Prize in Physics was awarded for research in quantum mechanics. Alain Aspe, John Clauser and Anton Zeilinger described the effect of “quantum entanglement” 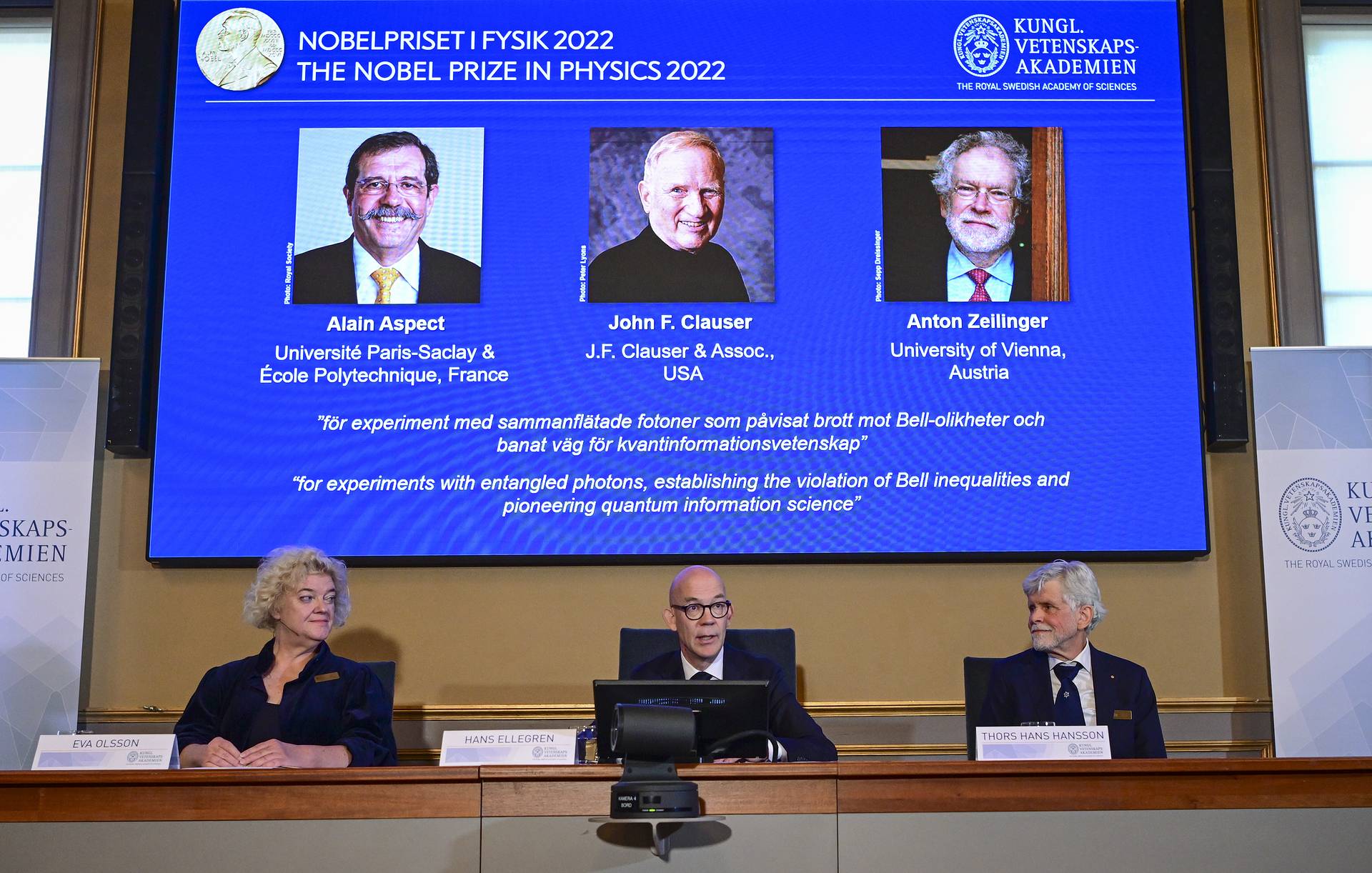 Scientists have described the effectquantum entanglement”, when the particles that were part of the same system continue to “feel” changes in the state of each other even at a distance of several kilometers. The prize was awarded for experiments with entangled protons, revealing a violation of Bell’s inequality (Bell’s theorem shows that, regardless of the real presence in the quantum mechanical theory of some hidden parameters that affect any physical characteristic of a quantum particle, a serial experiment can be carried out. Its statistical results will confirm or refuted the presence of hidden parameters in quantum mechanical theory) and innovation in the field of quantum informatics.

“Through pioneering experiments, Aspe, Clauser, and Zeilinger showed the potential for investigating and controlling entangled particles. What happens to one particle in an intertwined pair determines what happens to the other, even if both are too far apart to affect each other. The creation of experimental instruments by the laureates laid the foundation for a new era of quantum technologies“, – said the Nobel committee.

Scientists have conducted groundbreaking experiments using entangled quantum states, in which two particles behave as one even when separated. Their results have cleared the way for new technologies based on quantum informatics, experts say.

“It is becoming increasingly clear that a new kind of quantum technology is emerging. We see that the work of the laureates with entangled states is of great importance, even beyond the fundamental questions of the interpretation of quantum mechanics.”, – said the chairman of the Nobel Committee for Physics Anders Irbek.

Alain Aspe was born in 1947 in France. From 1965 to 1969 he studied at the Higher Normal School in Cachan and the University of Paris, from 1969 to 1971 he was an employee of the University of Paris-South, where he was preparing a dissertation in optics. After defending this work in 1971, he left for Cameroon, where he worked at the Higher Normal School of Yaoundé until 1974. In 1983 he defended his doctoral dissertation on Bell’s inequalities. He is currently Honorary Director of Research at the French National Center for Scientific Research, professor at the Paris Polytechnic School and the Higher School of the Institute of Optics. Aspe is known for explaining the fundamental aspects of the quantum and mechanical behavior of single photons, photon pairs, and atoms. He made a significant contribution to the understanding of the quantum world. Aspe is an academician of the French Academy of Sciences, a foreign member of the US National Academy of Sciences, a corresponding member of the Austrian Academy of Sciences. His awards include the European Physical Society Quantum Electronics and Optics Prize (awarded in 2009) and the UNESCO-established Niels Bohr Medal, which he received in 2013.

John Clauser was born in 1942 in Pasadena, a suburb of Los Angeles (USA). He received a bachelor’s degree in physics from the California Institute of Technology in 1964 and a Ph.D. from Columbia University in 1969. From 1966 to 1969 he worked at the Lawrence Berkeley National Laboratory, Livermore National Laboratory and the University of California, where he was engaged in experimental studies of Bell’s theorem. In 2010, Klauser, along with Aspe and Zeilinger, was awarded the Wolf Prize.

Anton Zeilinger was born in the Austrian town of Ried im Innkreis in 1945. Since 1963 he studied physics and mathematics at the University of Vienna, in 1971 he defended his thesis on the depolarization of neutrons. After that he worked at the Vienna Atomic Institute and lectured at a number of leading Western universities. In 1990-2013 he studied experimental physics at the University of Innsbruck and the University of Vienna. In 2004-2013 he headed the Institute for Quantum Optics and Quantum Information (IQOQI) of the Austrian Academy of Sciences. In 2013, he became its leader. In 2022, he left the administrative job, focusing on scientific research at IQOQI.

According to the world expert community, Zeilinger’s work “laid the conceptual and experimental foundations for the study of quantum physics.” For his scientific work, the Austrian scientist was awarded a number of prestigious awards. Among them are the Isaac Newton medal (2008), the Order of Merit for the Federal Republic of Germany (2009) and others. He is a member of the US National Academy of Sciences, as well as the Austrian, French, German, Russian and Chinese Academies of Sciences and a number of other research organizations.

Recall, yesterday it became known that the Nobel Prize in Physiology or Medicine in 2022 awarded to Swedish biologist Svanta Päb for his discoveries in the field of extinct hominin genomes and human evolution.