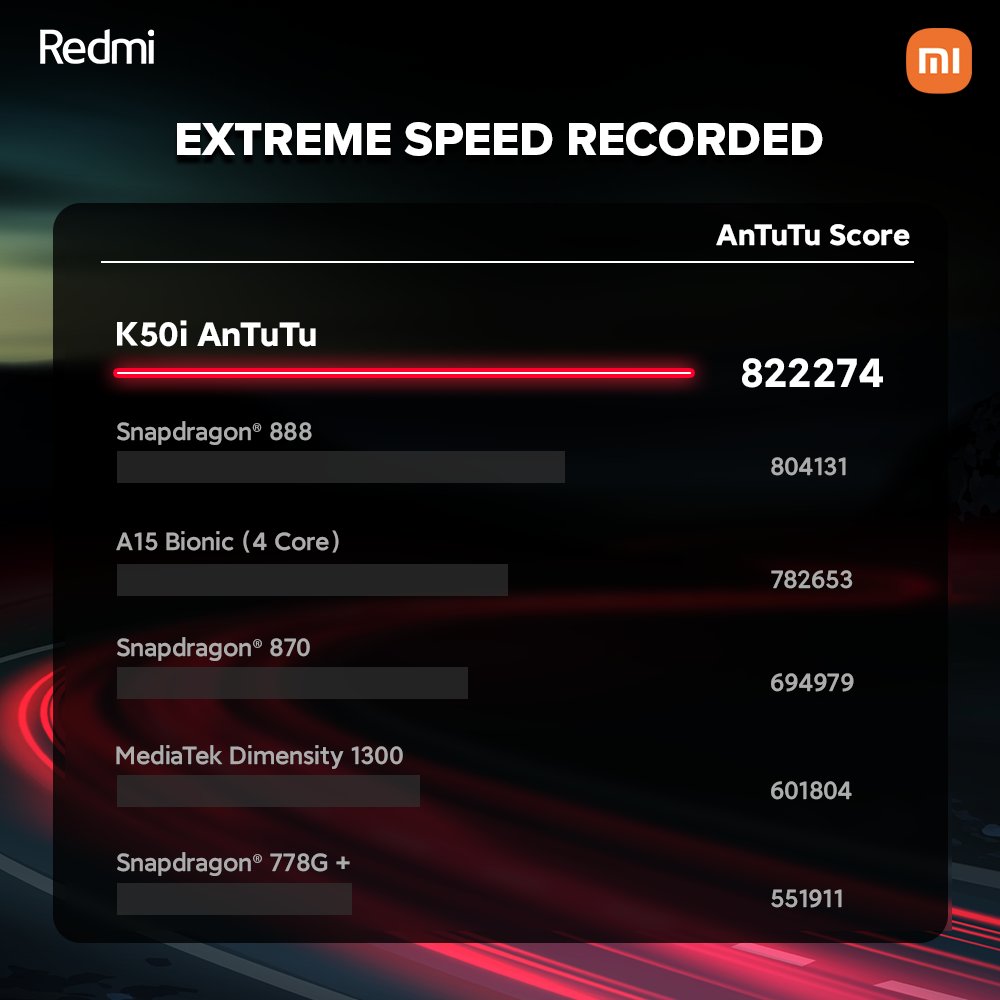 Three days ago, Xiaomi declassified the date of the announcement of the smartphone Redmi K50i, and now an official teaser has appeared on the Web, revealing the performance of the device. It can be seen that in AnTuTu, Redmi K50i will be faster than the iPhone 13.

Specifically, nothing is said about the iPhone 13, but this particular model, like the iPhone 13 mini, is built on the Apple A15 Bionic SoC with a 4-core graphics accelerator. In terms of performance, the flagships on the Snapdragon 888 SoC will also be behind. Why does the Redmi K50i have so much agility? It’s simple – this model will get the SoC MediaTek Dimensity 8100, which is really a little faster than the Snapdragon 888.

Redmi K50i itself is a clone of Redmi Note 11T Pro and Poco X4 GT, so the characteristics of the model are already known: the smartphone will receive an IPS screen with a diagonal of 6.6 inches, Full HD + resolution and a frame rate of 144 Hz, Android 12 OS with MIUI 13 interface, 5080mAh battery with 67W charging support. The price, of course, will be lower than the iPhone 13.