The new TV’s plan is so wait! Coming this realme Smart TV with unique remote Realme started a few years back as just a smartphone brand in India. Presently, the company’s portfolio includes laptops, audio products such as TWS, earphones and speakers, streaming devices, smart TVs including smartwatches. As of now, the company’s smart TV portfolio comprises seven smart TVs, ranging from 32-inch HD TVs to 55-inch SLED 4K Smart TVs. Now, the company is preparing to launch a new smart TV in India soon. What will be special, let’s tell everything… 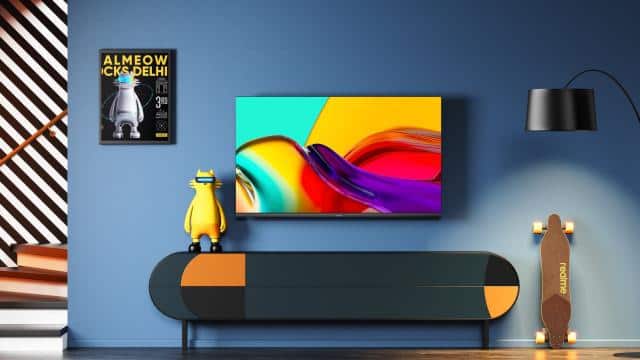 New Reality TV is coming to India with this feature In
fact, MySmartPrice in its report, citing tipster Mukul Sharma, said that Realme is planning to launch a new Smart TV in India soon. Although the exact launch date for the new smart TV is not yet revealed, Mukul Sharma says that the smart TV is expected to be launched in the next few months, i.e. in March or April 2022. Upcoming Realme Smart TV will be Reality Smart TV comes with Bluetooth voice remote, which will be in Black color option. Apart from these two information, we don’t have much information about the upcoming TV including screen size yet.

Can get these cool features
Since the Smart TV of Reality will come with a Bluetooth voice remote, we can also expect the support of Google Assistant. The Smart TV can also run on Android OS with support for streaming apps like Netflix, Prime Video, Hotstar, YouTube, SonyLIV, ZEE5 and more. Apart from this, we can also expect features like Google Chromecast and Google Play Store.

Apart from the new smart TV launch in India, Realme is also expected to launch the Realme 9 5G and Realme Buds Air 3 true wireless earbuds in the coming months.

Toyota Hyryder SUV to be unveiled today; Creta and Seltos to compete in India

Dollar for 45 rubles? Experts believe that an increase in the volume of transfers abroad to $1 million will not weaken the national...

MicroStrategy Buys 480 Bitcoins Worth $10 Million Despite Fall in Value