The new Toyota Innova Hybrid MPV will be like this from now on, it will brake itself when there is danger! 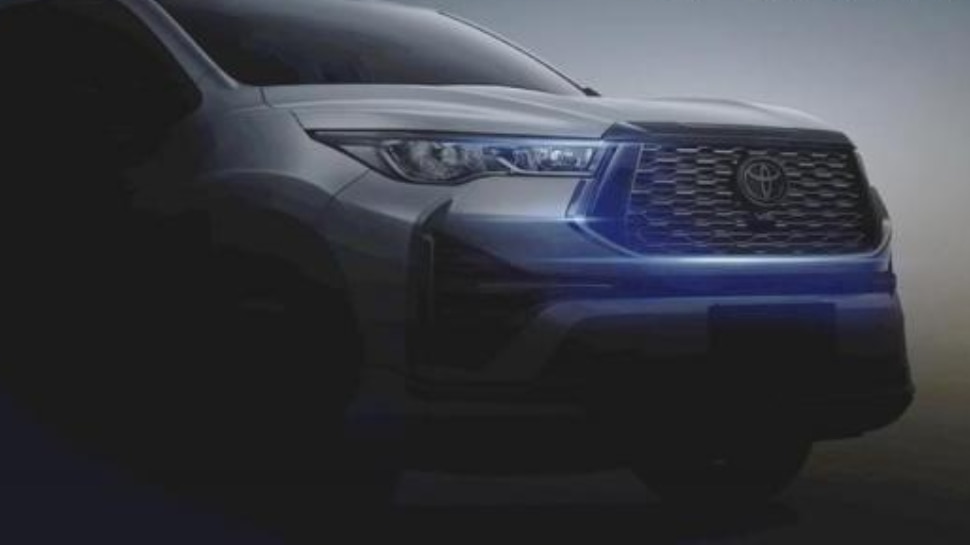 Toyota Innova Hybrid: The Toyota Innova Hycross Hybrid, which was seen during road tests in India as well as internationally, will be made its global debut in November. It will be introduced in Indonesia first. After this it will be launched in India in the first quarter of 2023. Ahead of its global debut, Toyota Indonesia has released the official teaser of the upcoming Innova Hycross. The teaser reveals the front styling of the new 3-row MPV, which seems to be inspired by global Toyota models including the Corolla Cross. This teaser is of the Toyota Innova Hybrid, which is about to hit the international market.

The Indonesian-spec model could be called the Toyota Innova Zenix while the India-spec model could be called the Innova Hycross. It can be guessed from its teaser that Toyota Innova Hycross is going to get a prominent front design, which will get a large and high hexagonal grille inspired by Corolla Cross. It will come with a brand new headlamp setup, which will have two L-shaped inserts. The bonnet could get a strong crease while the bumper could get a triangular housing for the fog lamps. The new model is likely to be offered as a crossover-MPV.

According to some media reports, the 2023 Toyota Innova Hycross will be equipped with several segment-first features that the current Crysta lacks. Talking about the features, the new MPV can get many features including 360-degree camera, electric sunroof, wireless charging, large touchscreen infotainment system, ‘ottoman function’ for the second row captain seats, wireless connectivity. Toyota Safety Sense (TSS) can also be offered in this. This is Toyota’s ADAS technology, in which many features like automatic emergency brake, lane departure warning, adaptive cruise control are available.