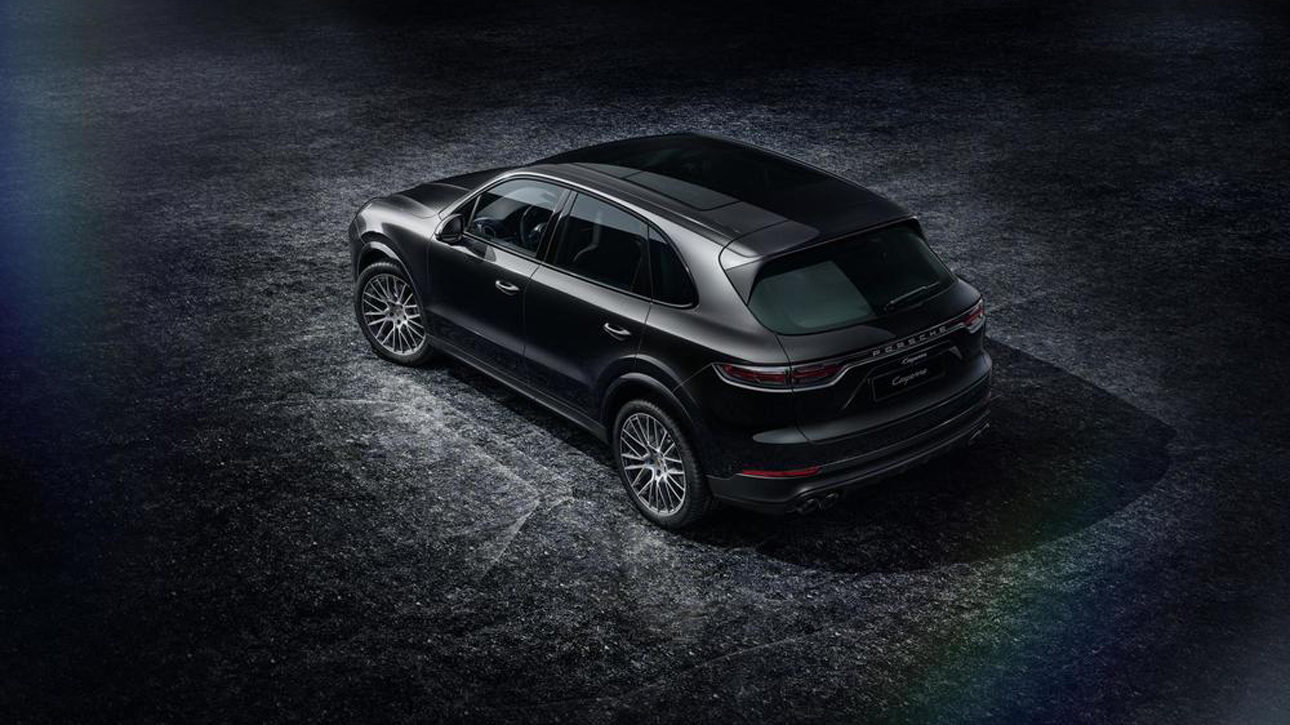 The Porsche Cayenne Platinum Edition features silky-gloss platinum-coloured inserts in the air intake slats in the front bumper, Porsche lettering integrated into the LED strip connecting the rear lights, model name on the rear and standard 21-inch RS Spyder Design wheels that offered exclusively for the Platinum Edition. Also, the car received black exhaust pipes and side window trims of the same color.