The new Mahindra Bolero facelift, new look and features will be available next month. 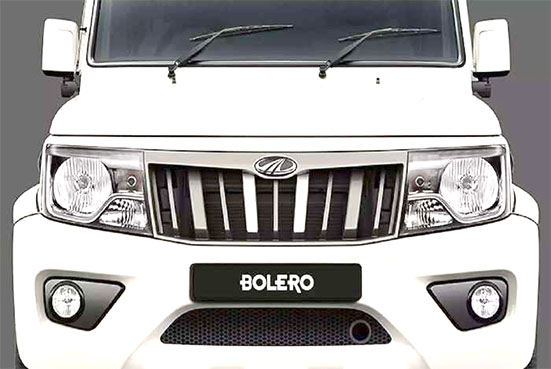 New Delhi: Mahindra & Mahindra, the country’s leading automobile maker, is set to unveil a facelift version of its best-selling SUV Mahindra Bolero next month. Mahindra Bolero Facelift may be launched in January 2022. Currently, Mahindra Bolero Neo bumpers are sold every month in India. This cheap SUV is popular in every market, big or small. Mahindra has been showing its mettle for two decades.

Among the new Bolero utsukata
According to media sources, 2022 launch of the Mahindra Bolero facelift can be the first month. This car can be brought with new features by making some changes in the existing model. This year the Mahindra Bolero Facelift has been spotted during testing at several locations. However, the launch was delayed due to the semiconductor shortage and the covid crisis. But now there are rumors that the car may be launched in the Indian market soon. Some Mahindra dealerships have started taking pre-orders of Bolero Facelift. However, no official announcement has been made by the company in this regard.

Best exterior and interior
The upcoming Mahindra Bolero Facelift will come with a lot of exterior changes along with new color options. Which will have a special front. In fact, Mahindra has the opportunity to make the front of the Bolero special and more attractive. Therefore, it is believed that the new bolero with new bumper, new grille and arrangement of lights may be better. In addition, many latest features can be seen in the interior along with new upholstery. It may have new touchscreen infotainment system with keyless entry, rear parking sensor, speed alert, seat belt reminder.

According to media reports, the Bolero Facelift will have the same 1.5-liter diesel engine as the current model. Which can generate 74 bhp of power and 210 mm of torque. The new Mahindra will have a 5 speed manual gearbox. It can also be brought into the automatic transmission option. The new Bolero can also be brought into the petrol engine option. However, this will become clear after any official announcement from the company.