The new Lada Vesta will receive the Chinese ABS Kesens. Selection of suppliers for next generation Lada models 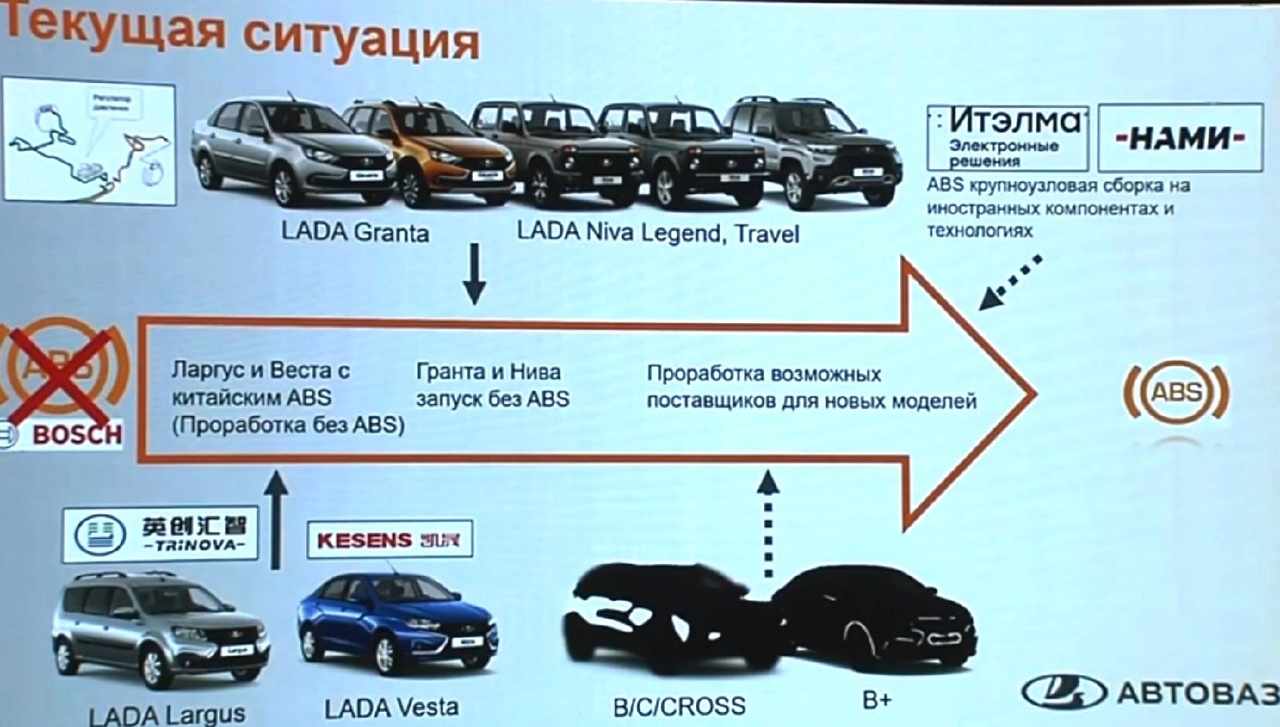 According to Avtograd news, the AvtoVAZ plant is gradually solving the problem of shortage of components. The domestic automaker has decided on a potential supplier of ABS systems for Lada Vesta and is now looking for component manufacturers for new models.

As part of the “Conveyor of Solutions” competition, AvtoVAZ showed a slide with a scheme depicted on it for solving the problem with the supply of electronic security systems. It states that the automaker has found a supplier of ABS systems for Lada Vesta. This is a Chinese company Kesens, founded in 2016.

For Lada Largus, ABS will be supplied by Trinova from China, from which UAZ will also order an anti-lock braking system for its cars.

AvtoVAZ is also busy selecting possible suppliers for new Lada models, which the automaker announced earlier this year. These will be crossovers and a new family of Class B models built on the global CMF-B modular platform.