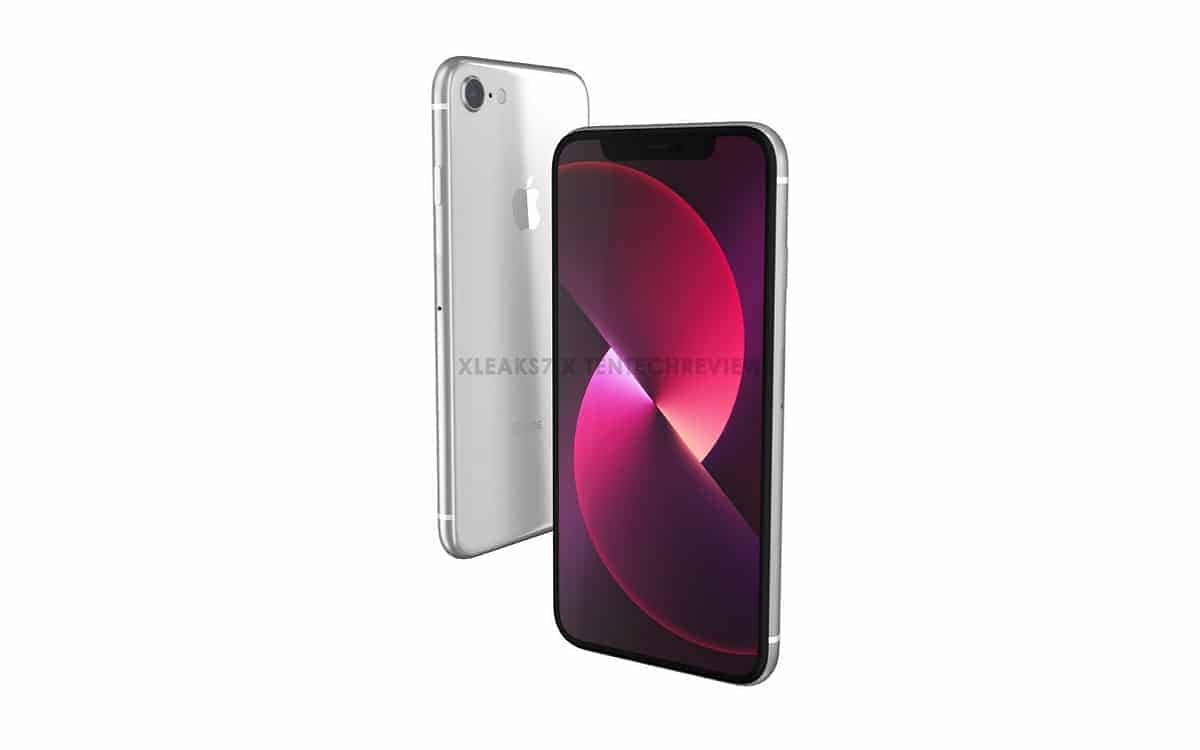 Until now, rumors have indicated that iPhone SE 2022 will have the same design as the iPhone SE 2020, plus a 4.7-inch screen. However, according to recent information, the new iPhone SE will receive a new design.

However, it will be new in relation to the iPhone SE line, that is, the huge frames above and below the screen will become a thing of the past. In addition, the source adds that the screen diagonal will increase from 4.7 to 5.69 inches. At the same time, the well-known bangs, which have been featured in the flagship iPhone line since 2017, will appear at the top of the display.

Based on the new information, the following computer images were created. We can see that the front of the smartphone is easy to confuse with any other iPhone released in the past few years, but the rounded sides limit the circle of suspects. And if you look at the back panel, then everything falls into place.

Chinese sources confirm that the new iPhone SE will be built on the same Apple A15 SoC as the iPhone 13, and will also be the cheapest Apple phone with 5G support.

According to Bloomberg editor Mark Gurman, Apple will hold its first major event this year in March. It will be dedicated to the new iPhone SE.