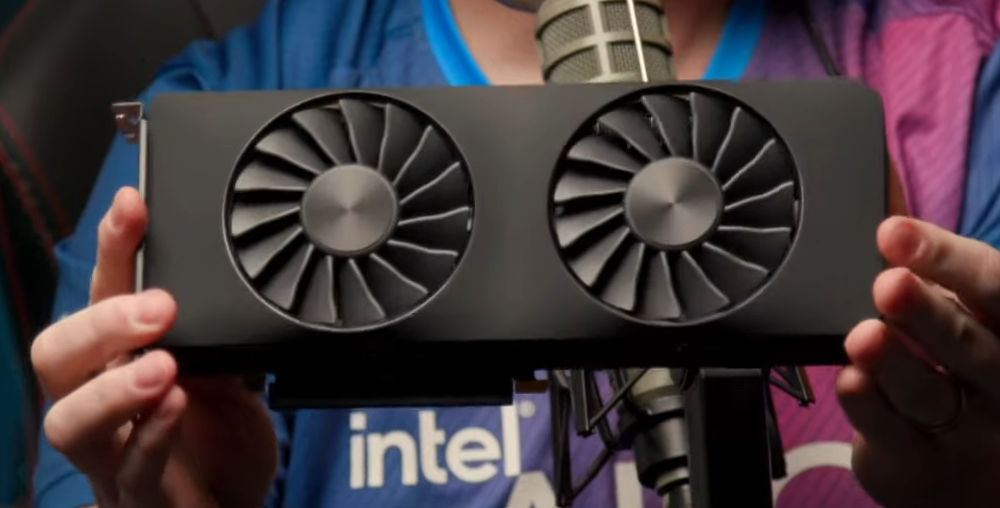 On the Linus Tech Tips YouTube channel podcast, Intel employees Tom Petersen and Ryan Shrout showed off the Arc A770 graphics card for the first time. The video showed the reference version of the Limited Edition with RGB backlighting and two fans.

Its characteristics have not yet been named, the company only noted that the level of energy consumption will be adequate. And Tom Petersen joked that to power a video card, you don’t have to “get into debt when buying a power supply.”

The company also said that in the foreseeable future, the consumption of mass-produced Intel video cards will not exceed 500 watts.

Leaks have previously attributed the Arc A770 to an ACM-G10 GPU with 32 Xe-Core cores and 16GB of GDDR6 memory. The video also showed the power subsystem, which includes 8-pin and 6-pin connectors. For image output, there are 3 Display Port connectors and 1 HDMI port.

The video card is expected to go on sale this summer. The price is not reported. And earlier became knownthat the card didn’t perform too well in the benchmarks.