The new Gurkha looks like an American truck from the front, will increase Thar’s tension 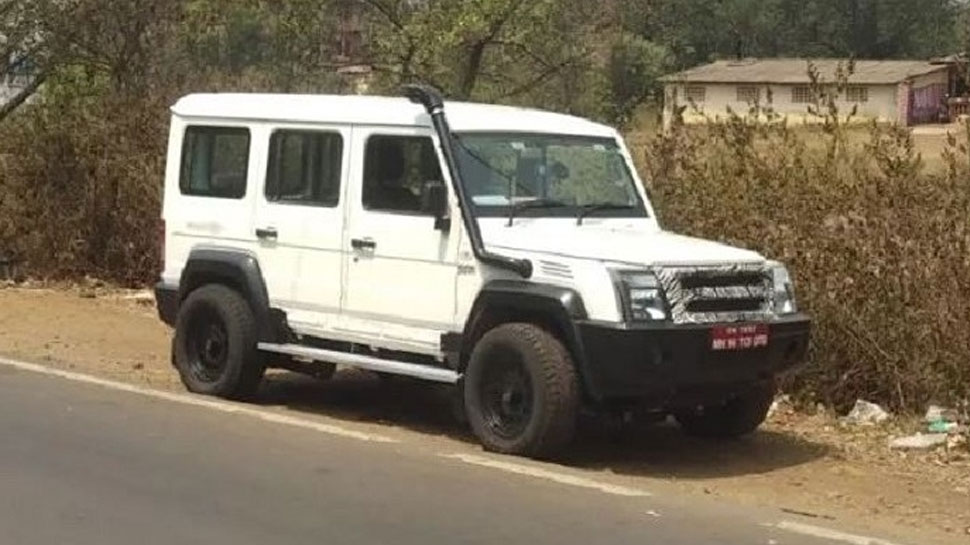 Force Motors is going to launch the new 5-door Gurkha very soon in India, whose production ready model has recently appeared. Seen without any stickers, this off-road SUV looks like a truck and will take on the Mahindra Thar.

New Delhi : The company is working on a new 5-door Force Gurkha that competes with Mahindra Thar. The off-roader is based on the 3-door Gurkha SUV that is already on sale in India. After the success of 3-door vehicles, Mahindra as well as Force Motors are now seeing possibilities in 5-door models. Both these companies are going to launch the 5-door model in the market soon. Out of these two, Gurkha 5 door will be launched first which is likely this year, while Thar 5 door can come in 2023-24. Recently, this SUV has been spied without stickers which looks like an American truck.

Recently, this SUV has been spotted in India during testing which is almost similar to the 3-door Gurkha in terms of design. It differs in that only the third row and its longer size. It looks stronger than before, due to which it has become solid in terms of crash test and safety of pedestrians. The front part has got a new grille which is of single slat design, round headlamps, fog lamps and parts like LED DRLs, new bumpers and sparkle intake have been given.

Dashboard will be of new design

Many changes are also going to be made in the features of the new Gurkha. The cabin is now likely to get 6 front facing seats, apart from this, features like power windows, remote locking and manual air conditioning can also be found on the new Gurkha. Its dashboard will be of a new design, on which the central console and touchscreen infotainment system will also be of new design. In terms of safety, it is expected to get two airbags, rear parking sensors and ABS with EBD.

The 2022 Force Gurkha will get the same 2.6-litre diesel engine sourced from Mercedes as the three-door model. Although it can be offered with more powerful tuning. 4 by 4 capacity and manual differential locks can also be found here. The price of the new SUV is estimated to be Rs 1 lakh more than the current model. Apart from Thar, the new Gurkha is also going to compete with the 5-door Jimny in the Indian market.