The new electric SUV of Tata Motors is coming, the company showed a glimpse of the car 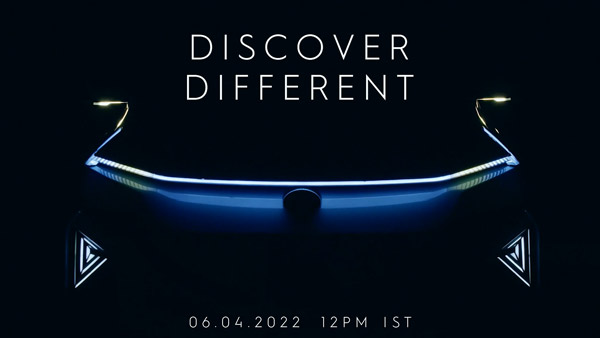 The teaser suggests that the design of this electric SUV could be similar to that of a coupe SUV. The roof line of this SUV meets the rear spoiler, indicating that it will be a coupe electric SUV. However, the full details of the design will be revealed on April 6. According to the information, this SUV can come with wheel covers, which reduces its drag and gives more power and range to the SUV.

Media reports have claimed that this will be the company’s flagship electric SUV which will be placed above the Nexon EV. The new electric SUV may be smaller than the Tata Sierra EV concept, but it will use a bigger battery pack than the Nexon EV.

This larger battery pack can also be used in the new Nexon EV, which the company is planning to launch soon. Tata’s new electric SUV can compete with the MG ZS EV and Hyundai Kona in India.

Talking about the sales of Tata Motors, the company has sold 42,295 units of passenger vehicles in March 2022, a growth of 42 percent year-on-year. Tata Motors has also registered a tremendous growth in the sales of its electric vehicles. As per the data released by the domestic automaker, Tata recorded the highest ever annual EV sales of 19,106 units in FY 2021-22, a rise of 353 per cent over FY 2020-21.

Currently, Tata Motors dominates the Indian electric car market with only two electric cars – the Nexon EV and the Tigor EV. Tata recorded the highest ever monthly sales of 3,357 units in March 2022, an increase of 377 per cent over March last year.

The Nexon EV is currently the most popular electric car in India, and also the best-selling electric car. Tata is also planning to launch the updated Nexon EV with an expanded range soon. Apart from this, there are also plans to launch the Tata Altroz ​​EV in the Indian market.

Overall, Tata Motors sold 3,70,372 units in FY 2021-22, up 67 per cent over FY 2020-21, making it the highest ever annual sales for the automaker. In addition, Tata Motors has emerged as the third largest carmaker in India after Maruti Suzuki and Hyundai.