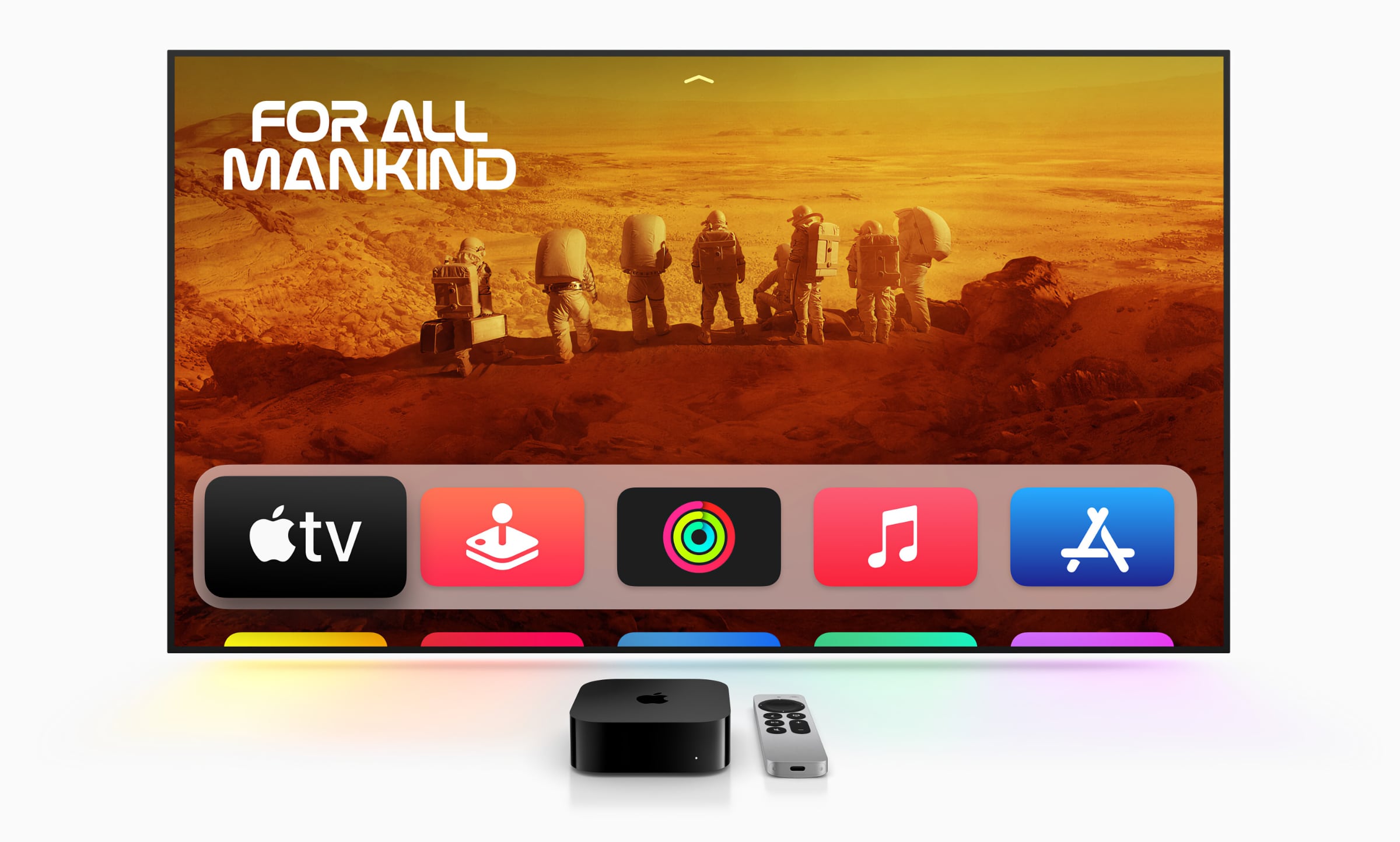 Apple today introduced not only new iPad, but also the new Apple TV 4K set-top box. The main innovation is the platform: instead of the Apple A12 Bionic, the A15 Bionic is now used. According to official figures, the CPU performance has increased by 50%, and the GPU provides a performance boost of 30% in games. At the same time, energy consumption is reduced by 30%.

The new Apple TV 4K comes in two versions: Wi-Fi-only with 64GB of flash storage, and Wi-Fi and Gigabit Ethernet with 128GB of flash storage. The set-top box supports Dolby Vision, HDR10 and HDR10+. There is an HDMI 2.1 port, support for Wi-Fi 6 2×2 MIMO and Bluetooth 5.0. The remote control hasn’t changed, but now it has a USB-C port for charging instead of Lightning. The console is available for order in the US starting today, with retail sales starting November 4th.