The network of data fishermen 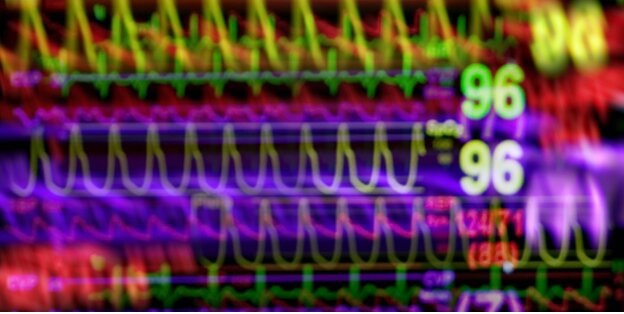 Data is the raw material of modern research. They are condensed into information, from which knowledge arises in the context that is ultimately intended to generate progress. That’s the theory. In practice, a system is currently being set up in German science that is intended to accelerate the passage through this knowledge pyramid and make it more efficient: the National Research Data Infrastructure (NFDI). One of the most successful scientific innovations of recent years is hidden behind the term monster.

An example from medicine, where an open science platform was used in the development of the Covid-19 vaccine, shows what benefits a better use of data by means of digital technologies and artificial intelligence (AI) can bring about. “What would otherwise take around ten years has been shortened by a factor of 10,” reported the TU Darmstadt at the start of the NFDI consortium for engineering (NFDI4Ing) coordinated by it.

There are now 19 such associations, which have been formed by universities, research institutes, libraries and computer centers over the past three years, each for a specific scientific discipline and with a national scope. Your mission: to collect the research data from a large number of projects in your subject in the past and make it more visible.

With new software tools, the data should also be combined with one another (“interoperability”) and ultimately also bring about additional research findings via a second use. The recycling principle finds its way into the research process.

“The goal of NFDI is to establish sustainable research data management with uniform standards and to carry it across the broad spectrum of scientific disciplines,” says the head of the overall operation, not to say: the brain: the computer science professor York Sure-Vetter from Karlsruhe Institute for Technology (KIT).

On behalf of the Joint Science Conference of the Federal Government and the States (GWK), Sure-Vetter has been the director of the National Research Data Infrastructure (NFDI), which is organized in the form of a registered association, with around 200 members and an office in Karlsruhe since the start of 2019 13 employees.

“What is new is the claim to bring all scientific disciplines in Germany to one table,” emphasizes Sure-Vetter. In the meantime, the German Research Foundation (DFG) has selected 19 specialist consortia with its scientific expertise, which will receive funding of up to 90 million euros annually from the GWK pot until 2028.

In October ten new consortia from the social and behavioral sciences, physics, computer science, systems and electrical engineering, materials science and engineering, the life sciences and the humanities were added. The third tranche will be decided in May 2022, so that the final number of 30 NFDI networks will be reached.

As in any new territory, especially the virtual one, development work is also necessary in the data field. “The mobilization of data is no easy business even within science, where many researchers and research groups understandably place great value on the control of their data and the effort involved in their development and publication is still little appreciated,” say the operators of the Leipzig Environmental Research Center (UFZ) established species protection network “NFDI4BioDiversity”.

The consortium with 49 partners from science, authorities and citizen sciences emerged from the previous project German Federation for Biological Data (GFBio), which has been collecting data on the biodiversity of animals, plants and microorganisms for a long time.

The association also includes the Society for Ichthyology, which, as a zoological specialist society for fish science, promotes “scientific engagement with fish in all areas of research, practice and hobbies“. It has around 100,000 data sets from literature, database queries and original citizen science data from the fishing world, which are aggregated into distribution maps of all freshwater and marine fish species occurring in Germany.

“We want to promote communication between fish-science working groups, seek the exchange with other faunistic initiatives and want to actively participate in the biodiversity informatics initiatives“, the fish enthusiasts explain their interest in switching from the fishing network to the data network.

The conservation consortium has big plans. “We want to bring 450 observatories together in a data network and expand them to host biodiversity research,” announced UFZ boss Georg Teutsch at the “NFDI4BioDiversity” annual conference in September. One would also like to participate in the European vision of “Destination Earth”, which aims to develop “digital twins” for climate protection measures in order to be able to better assess ecological consequences. “Biodiversity data will play a central role in this project“, Teutsch is certain.

At the ZB MED in Cologne, the Deutsche Zentralbibliotek Medizin, the bioinformatician Juliane Fluck heads the knowledge management department and is also the spokesperson for the “NFDI4Health” consortium, which develops infrastructures for health data.

“We focus on personal health data and would like to make it easier to find and use in Germany,” says Fluck, and has already described half of the “FAIR” principle that all NFDI consortia use. The English abbreviation “FAIR” (Findable, Accessible, Interoperable, Reusable) means that research data can be found more easily, made accessible, combined with one another and used again.

The health data comes from two major sources: clinical research on patients and epidemiological research from public health surveillance, which flickers daily on TV screens in the Corona News. In the case of personal data, there are general access restrictions through data protection.

“Our advantage is that we already have patient consent for the clinical studies,” explains Fluck. Although there is already a central register for clinical research data, new software has to improve the interoperability of the data, including with the health findings of the epidemiologists.

Central data storage is not necessary

According to the NFDI4Health spokeswoman, the plan is “no central data storage”, but rather the data will remain where they were collected: “at various institutes that have also established the appropriate security measures there,” says computer scientist Fluck. “But we want to allow a distributed data analysis in which the software goes to the data, so to speak, does the analysis there under data protection-compliant conditions and then moves on“. This is how AI works in medical translation between diagnosis and therapy.

In the Karlsruhe association headquarters, the NFDI board of directors, organizational networking takes place above all. “The individual communities are at a very different stage of development,” Sure-Vetter stated. In order to compensate for this, four first “sections” were set up in the association in October, which impart basic knowledge and want to trigger collaborations. These include the topics of metadata and data origin, infrastructures and software components, the development of data competence during the course as well as ethical, social and legal aspects of research data management.

If the networking and synergies that have begun bear fruit, says Sure-Vetter’s view of the future, the handling of data according to the FAIR principles will then be “seamlessly integrated into the research processes“. In this way, according to the NFDI director’s expectation, “research results will be achieved increasingly faster”.