The mysterious shark living in the cold waters of the Arctic changed its ‘home’, found thousands of miles away in Central America, scientists surprised 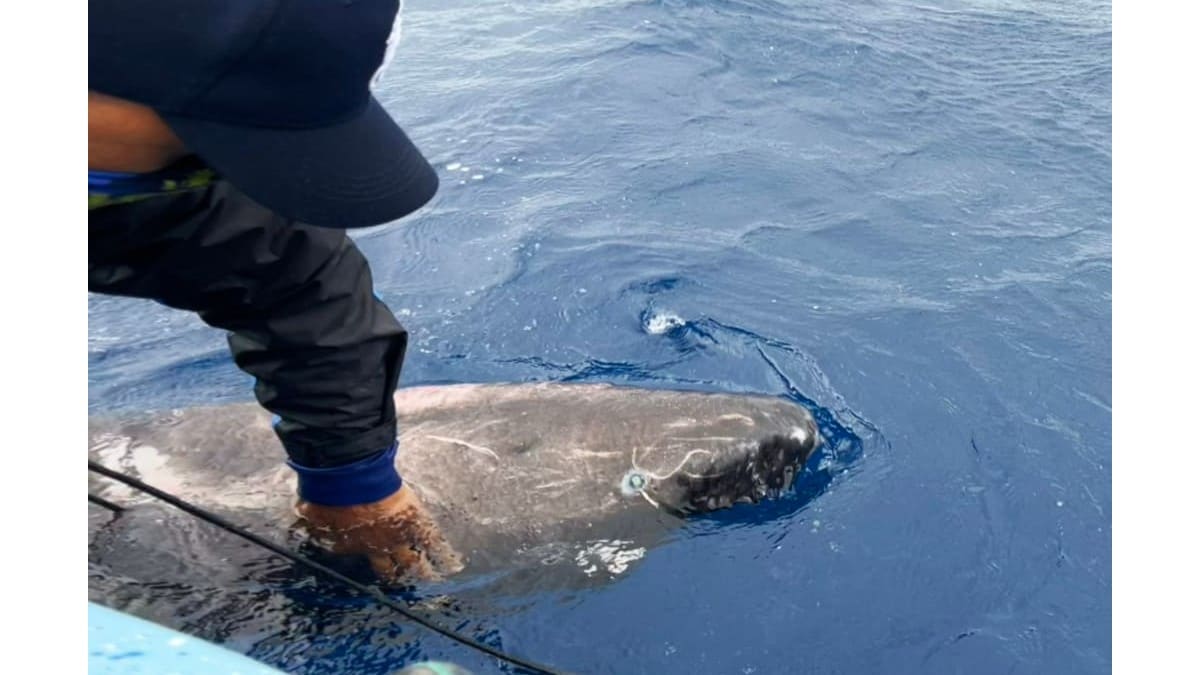 The Greenland ‘shark’, living in the cold waters of the Arctic Ocean, is a different identity in the world of fish. It is also called half blind shark. This shark, which lives for hundreds of years, lives in a cold environment. But such facts have come to the fore, which show that this shark has changed its place. For the first time, a half-blind shark has been found in a coral reef in the waters of the western Caribbean. It is also the second longest barrier reef in the world. A study related to this has been published in the Journal of Marine Biology.

Researcher Devanshi Kasana said she knew it was something unusual. Even the local fisherman had never seen such a creature before. Devanshi Kasana shares her discovery with PhD advisor Damien Chapman. Chapman said she looked a lot like a Greenland shark, whose scientific name is Somniosus microcephalus. After consultation with many experts, it was believed that this creature was from the sleeper shark family.

Greenland sharks are a very slow moving species. It is seen in the cold waters of the Arctic and North Atlantic Oceans. It is estimated that it lives up to 400 years. There is a possibility that this species is living in the deep sea all over the world. According to Florida International University, the depth of the water where this shark was discovered was also very high. The site is a part of the Glover’s Reef Marine Reserve World Heritage Site, a marine protected area.

Glover Reef Atoll is located on a limestone platform. There is a steep slope along the edges of the atoll. It is deep from 1,600 feet to 9,500 feet. According to the university, Greenland sharks need cold water to thrive and can achieve that temperature at extremely deep depths.