The moon of the ball is visible in front of Saturn, NASA shared a surprising picture 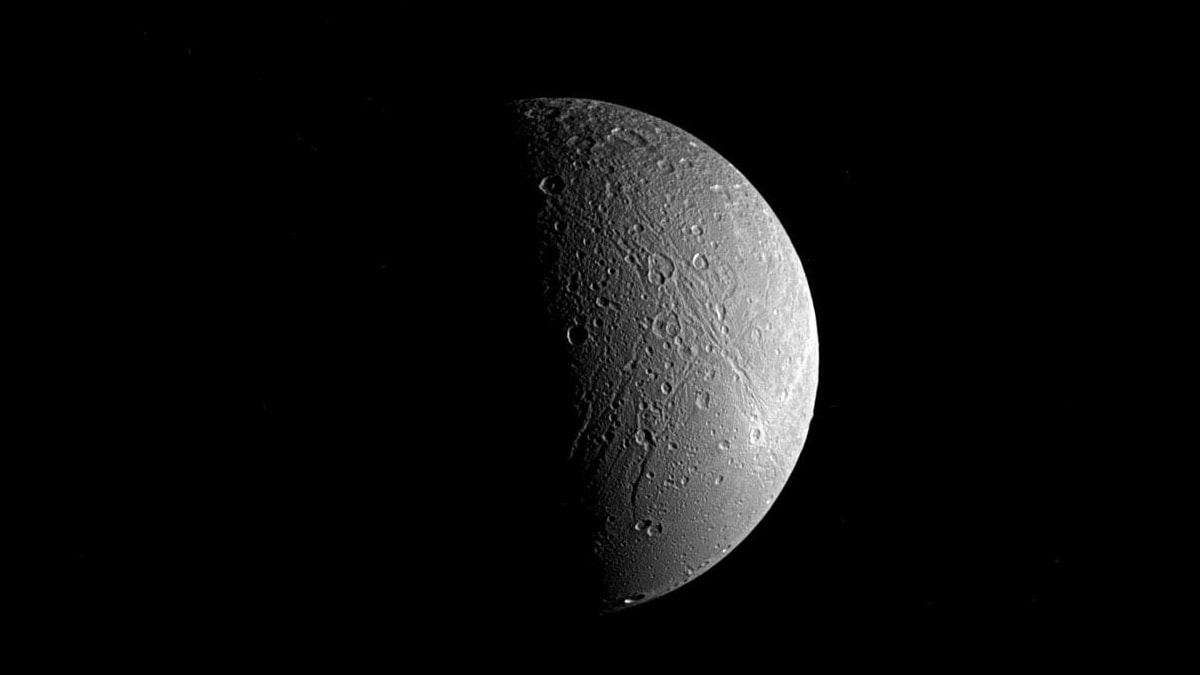 American space agency NASA has shared a surprising image of Saturn’s moon Dione. As it orbits Saturn, Dione appears as small as a ball in front of its giant planet. NASA has said that this picture was taken from a distance of about 2.3 million kilometers. Perhaps that is why the Moon appears smaller than its original size. Scientists say that the transit plays an important role in understanding the relationship between the planet and its moons. When the Moon passes between the Earth and the Sun, it leads the Earth to a solar eclipse during transit.

Dione was discovered by Giovanni Cassini in the year 1684. It is a small moon of just 562 km, which is about a third of our moon. Dione orbits Saturn every 2.7 days at a distance of 377,400 km. This is approximately the same distance as the distance the Moon orbits around our Earth. Scientists believe that Dione is mainly composed of ice. Its average temperature is minus 186 °C. Its ice is very hard, which acts like rocks.

NASA has said that this picture was captured by Cassini spacecraft in May 2015. It served in space for 20 years. The Cassini spacecraft was sent as part of its last mission to find out about Enceladus, another moon of Saturn. It is believed that this moon can be favorable for life. Cassini entered Saturn’s atmosphere in September 2017.

This spacecraft had two elements – Cassini Orbiter and Huygens Probe. This spacecraft was a mission of NASA, the European Space Agency and the Italian Space Agency. It provided many information about the planet Saturn. NASA It is said that Saturn has 82 moons. Of these, 53 have been confirmed and given names. 29 moons are yet to be confirmed. Saturn’s largest moon is Titan.