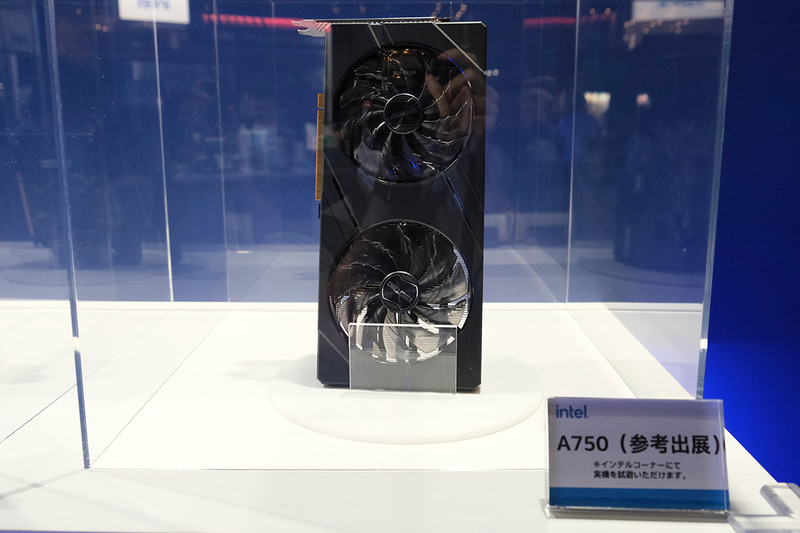 At the TGS 2022 event, the media discovered a new ASRock Arc A750 Challenger graphics card, which has not yet been officially presented. There it can be seen on display and even photographed.

So far, Intel has shown only custom Arc A380 graphics cards made by GUNNIR or ASRock, more powerful ones were shown only in commercials and in the Limited Edition variant. But now it seems that the first full-fledged leaks have appeared.

ASRock Challenger is based on ACM-G10 GPU with 28 Xe cores and 3584 FP32 cores. Supposedly it takes up at least two slots, but its PCB is not much larger than that of the A380. Unfortunately, only one photo was provided, so there is no information about power connectors or video outputs. This card also has 8 GB of GDDR6 video memory, and the consumption is up to 225 watts.

Intel previously confirmed that the A770 and A750 will launch at the same time, but no launch date has yet been announced. Previously, the corporation promised to launch maps this summer, but due to geopolitical problems with this arose difficulties.