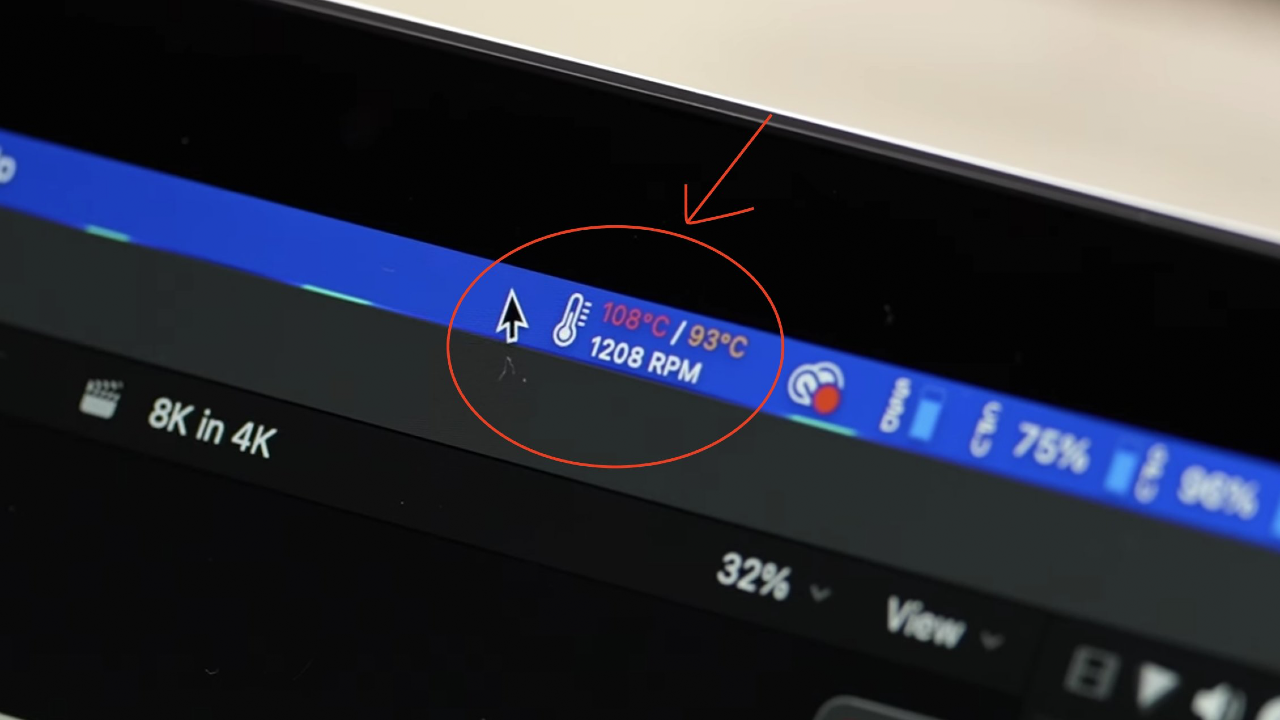 Video blogger Vadim Yuryev conducted a study and found out that the MacBook Pro on the M2 processor heats up much more than other Apple laptops. During the test, the processor reached a temperature of 108°C, and the cooling fans were running at a maximum speed of more than 7 thousand revolutions per minute.

The blogger got a compact 13-inch MacBook Pro for testing. For verification, he used the export of Canon RAW video files in 8K resolution. After reaching this indicator, the processor began to reduce the frequencies – the so-called “throttling”. As a result of some, the frequency dropped by almost half, which made it possible to drop the power consumption from 29.46 W to 7.31 W. This made it possible to reduce the temperature to 84°C, but then the figures began to rise again.

Yuryev also conducted tests on other Apple laptops. As it turned out, due to overheating, the MacBook Pro on M2 is only 10% more powerful than the MacBook Pro on M1. This is how the time results for exporting Canon RAW video files at 8K resolution look like:

That’s not the only issue with the new MacBook Pros. Previous users noticedthat the SSDs in the M2-based MacBook Pro are slower than those in the M1-based counterpart. The speed drop for reading is 50%, for writing – 30%. The reasons are still unknown.