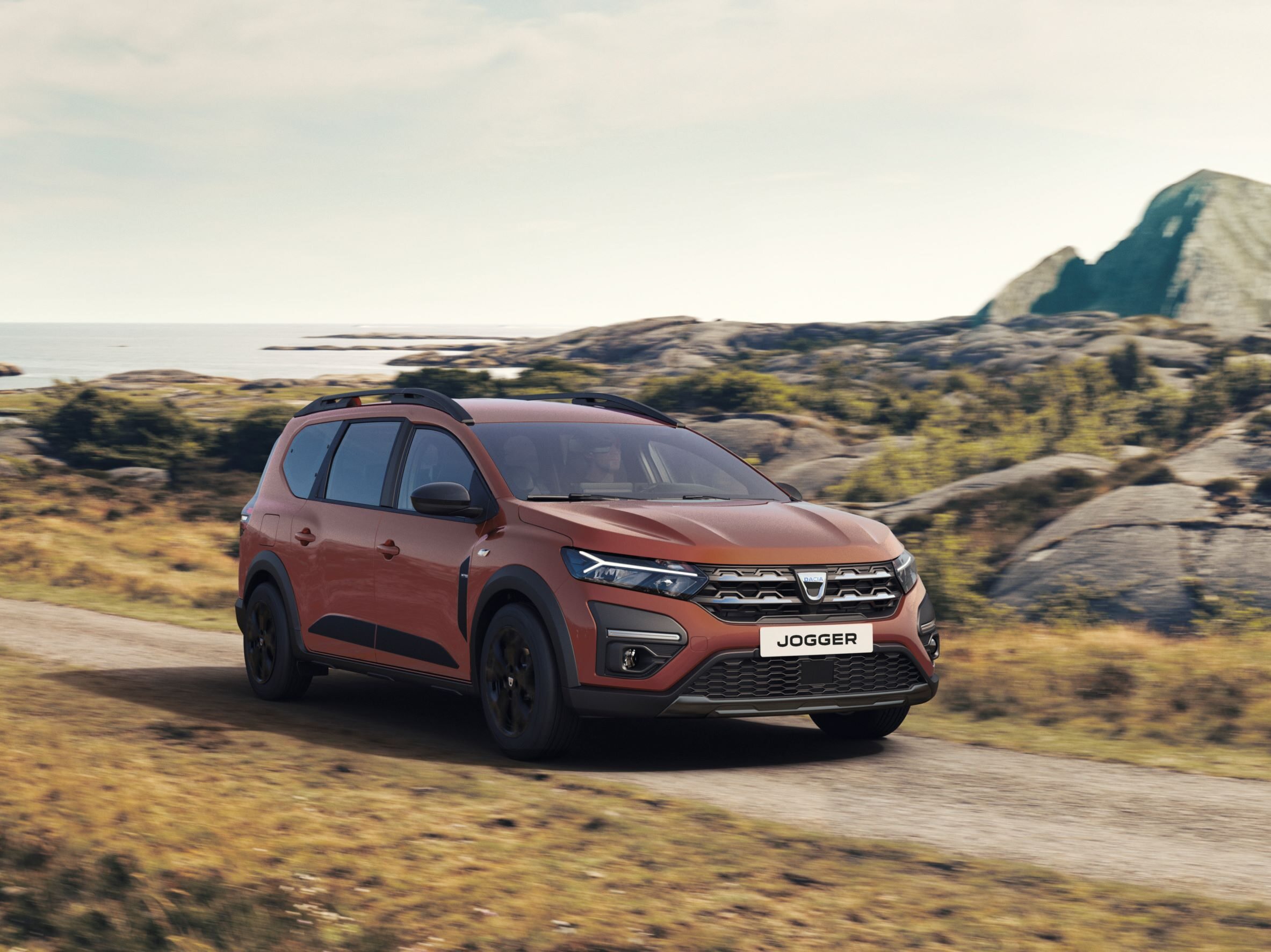 Dacia, which is part of the Renault concern, has discontinued the production of the Lodgy and Logan MCV models, instead of which the new Jogger crossover with a seven-seater saloon has been released. It is also the brand’s first hybrid model.

It is difficult to call a car a crossover, it is more like a van and station wagon. The Dacia Jogger is built on the CMF-B platform, on which the Renault Clio and Dacia Sandero are based. At the moment, only crossovers with a 110 hp gasoline engine are available. and a LPG version (101 hp) with a range of more than 1000 km. Both units are mated to a six-speed manual transmission.

The hybrid version will be released next year. The drive will be taken from a Renault Clio drive of a similar type. The power of the system will be 140 hp. The car will have a 1.6-liter gasoline engine and an electric motor.

The front of the car is taken from the Sandero Stepway, including LED headlights and plastic-coated wheel arches. In front of the B-pillar, the roof line rises to make it easier for rear passengers to enter the cabin. The rear of the car with vertical lights resembles a mixture of Volvo and Caddy.

As standard, the car has an infotainment system with the free Dacia app. It is controlled either by buttons on the steering wheel or by the smartphone’s own controls. The basic version of the car costs 18,790 euros.