The list of safest cars changed in April 2022, a new SUV included in the top-10 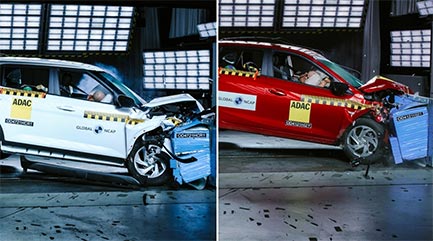 The Hyundai Creta is based on its Korean counterpart model Kia Seltos and it too got a 3-star safety rating in the year 2020. The Toyota Urban Cruiser, on the other hand, is a rebadged version of the partner company’s Maruti Vitara Brezza, which has also received a 4-star safety rating.

Talking about adult safety ratings among other cars, Tata Punch has got 16.54 points out of 17, Mahindra XUV300 in second place has got 16.42 points and third place Tata Altroz ​​has got 16.13 points. Tata Nexon and Mahindra XUV700 are in fourth and fifth place.

Talking about the Hyundai Creta, this car has secured 23rd place in the list. With the growing voice for safety in cars, more models are expected to be crash-tested in the near future. Tata Motors’ twin SUVs Harrier and Safari may undergo Global NCAP crash tests later this year.