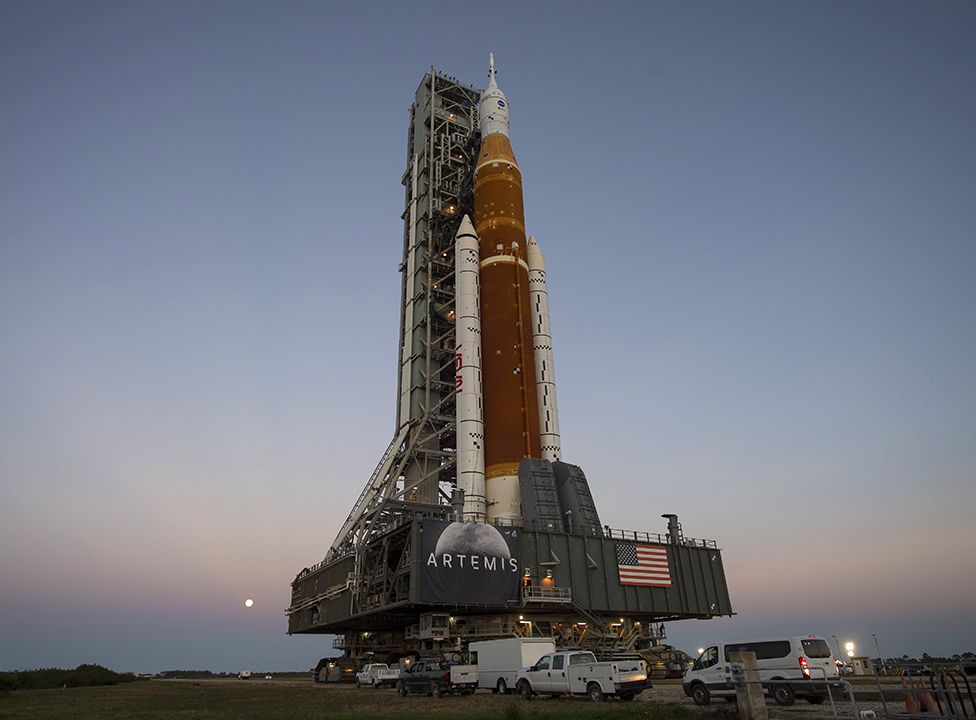 The next attempt to launch the Space Launch System (SLS) super-heavy launch vehicle with the Orion spacecraft to the Moon is postponed due to Hurricane Ian and can be made no earlier than November 12. This was reported by NASA.

“NASA decided to focus on preparations for the launch of the mission, taking advantage of the launch window, which opens on November 12 and closes on November 27. In the coming days, the management will assess the scope of work to be completed in the vertical assembly building [Vertical Assembly Building, VAB]and assign the exact date of the next launch attempt”, — noted in the text of the American space department.

On September 30, specialists at the John F. Kennedy Space Center in Florida conducted an initial inspection and found no damage that the hurricane could have caused to the equipment. It is noted that the decision to focus on the November launch window “will allow organizing additional verification activities that need to be carried out before [ракета] will return to the launch site“.

An attempt to launch a rocket on September 27 was canceled due to weather conditions: Tropical Storm Ian was approaching Florida, from where the launch was to be made. Attempts to launch Orion on August 29 and September 3 were delayed after the discovery of a hydrogen leak while fueling the rocket.

The Artemis program project consists of three phases. The first of these (Artemis 1) provides for an unmanned flight of Orion around the Moon and its return to Earth. The second stage (Artemis 2) is a flight around the Earth’s natural satellite with a crew on board. In the third stage of the mission (Artemis 3), NASA expected to land astronauts on the Moon in 2024, and then send them to Mars approximately in the mid-2030s.