The kingship of the Toyota Fortuner is in danger! This powerful SUV is coming, see the pictures like it 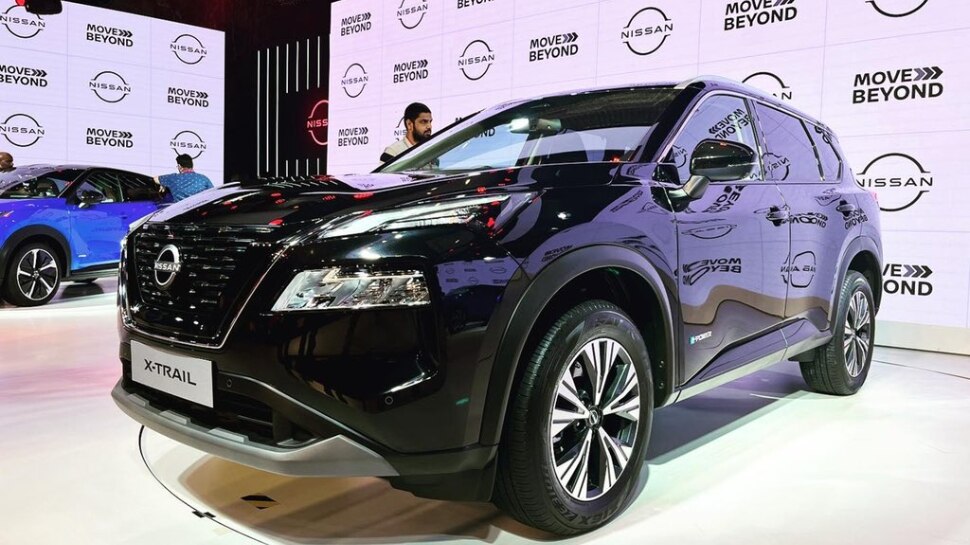 Nissan X-Trail: Nissan India is going to launch its new SUV Nissan X-Trail in India soon. The vehicle will come with a host of high-end features and a hybrid powertrain.

Nissan X-Trail Launch and Features: Toyota Fortuner is currently the best selling full size SUV in the country. Apart from this, vehicles like Skoda Kodiaq and Hyundai Tucson are also trying to make their mark in the segment. Now another powerful SUV is coming in the Indian market. Nissan India on Tuesday showed a glimpse of its upcoming vehicles in India. The company is going to launch three SUVs one by one. These include Nissan X-Trail, Nissan Qashqai and Nissan Juke. Of these, the sales of the Nissan X-Trail will start first. Here we are talking about this SUV.

Talking about the design, it is going to get a large V-motion front grille and bumper-mounted LED headlamps at the front. It has LED DRLs with wraparound design, which are placed above the headlamps. On the side, you get to see large wheel arches and muscular design. While the rear also gets a bigger bumper, LED taillamps, wipers and a high mounted stop lamp.

On the inside, this SUV has a 12.3-inch touchscreen infotainment system on the dashboard, which supports Apple CarPlay and Android. Apart from this, many features including 12.3-inch driver display, heads-up display, wireless phone charger, panoramic sunroof, 3-zone climate control are going to be available. When launched, this SUV will be offered in 5 and 7 seater layouts. Nissan will start testing the X-Trail in the coming weeks. We expect the SUV to be introduced in the country next year. It will compete with vehicles like the Volkswagen Tiguan and the Skoda Kodiaq.