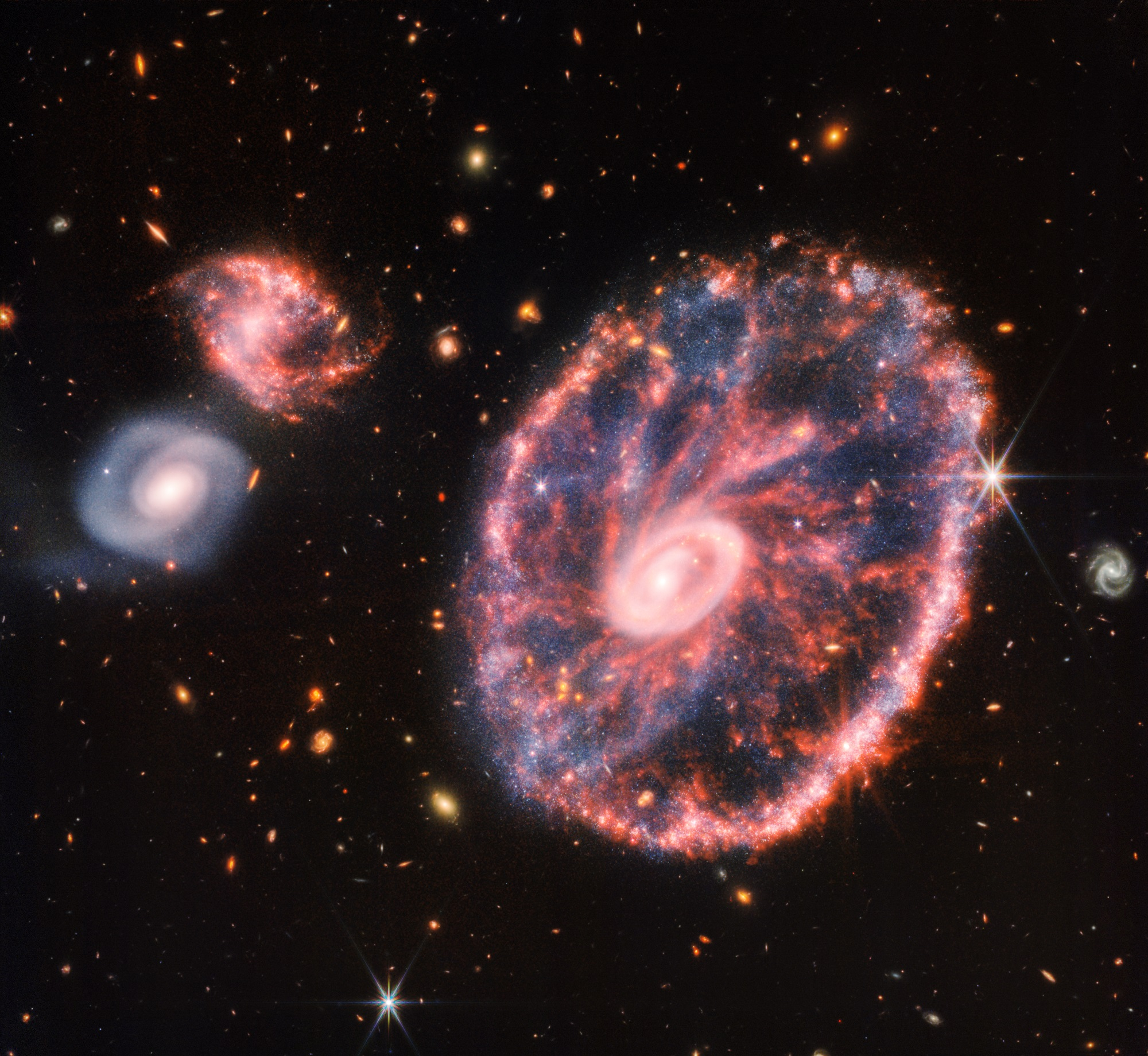 The James Webb Telescope captured the Cartwheel Galaxy (ESO 350-40), which lies about 500 million light-years from Earth in the constellation Sculptor. In addition to Cartwheel, the photo shows its two smaller companion galaxies.

The galaxy gets its name from the shape resulting from a high-speed collision between a large spiral galaxy and a smaller galaxy, which is not visible in this image. The collision of galaxies had a great influence on the shape and structure of the “Wagon Wheel”. The space object has two rings that expand from the center of impact, similar to how ripples spread across the surface of water after a rock falls. Because of this, astronomers call the galaxy a ring galaxy.

The bright core of the Cartwheel contains a huge amount of hot dust, and bright areas show the formation of giant young star clusters. In the outer ring, the expansion of which continues for about 440 million years, the process of star formation is actively continuing and supernovae are breaking out. As the ring expands, it is pressed into the surrounding gas, leading to star formation.