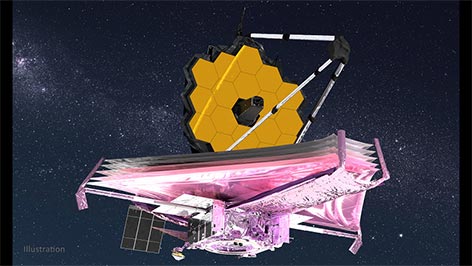 NASA has announced that the James Webb Space Telescope has cooled to the right temperature and is ready for further manipulations.

To be more precise, we are talking, of course, about the temperature not of the entire telescope, but of Webb’s Mid-Infrared Instrument (MIRI). It was cooled to a temperature of -266 degrees, which is only a few degrees above absolute zero.

To achieve such a low temperature, the telescope used an electrically driven cryocooler that reduces vibrations. Three more observatory instruments also required cooling. The cooling itself is necessary so that the telescope does not blind itself, since it operates in the infrared range.

Now that the instruments have cooled to operating temperature, the scientists will make test images of stars and other known objects that can be used to calibrate and verify the instrument’s performance. The team will carry out this preparation along with the calibration of three other instruments, providing the first scientific images as early as this summer.